Tom Cruise to film in Parliament

'Mission: Impossible 5' bosses have been granted permission to shoot scenes inside the Houses of Parliament. 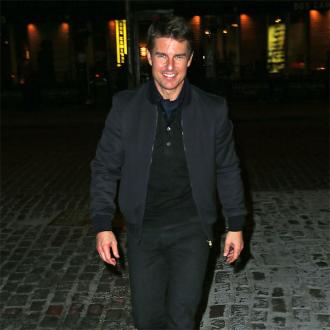 Tom Cruise will be the first actor to film inside the Houses of Parliament.

The 51-year-old actor is set to return to the 'Mission: Impossible' franchise for a fifth movie, which will be filmed in London, and studio bosses are delighted to have been granted access to the iconic landmark.

A source told The Sun newspaper: '''MI5' will feature numerous well-known locations in London but the Houses of Parliament is clearly the biggest coup.

''Tom Cruise will obviously feature heavily in the scenes.

''You can imagine the writers are excited about what stints they could pull off inside the Commons.''

As well as parliament, movie bosses have also been looking into shooting scenes at The Shard, the Emirates Airline Thames cable car and the Olympic Stadium.

A source previously said: ''A few items are set to be filmed around London, including a motorbike chase down The Mall, followed by a boat chase scene along The Thames. They are also going to do some work around the Emirates Cable Cars.''

Before filming in London, Cruise - who reprises his role as Ethan Hunt in the action movie - and his co-stars will be in the Canary Islands, where they plan to shoot scenes on Tenerife.