The actor argues that he has not deserted his daughter Suri.

Tom Cruise is suing magazine publisher Bauer for £31 million after stories that he had abandoned his 7 year-old daughter Suri following his divorce from Katie Holmes were published in two titles last year. The pieces in Life & Style and In Touch claimed that Cruise's hectic movie schedule prevented him from being a constant presence in Suri's life. 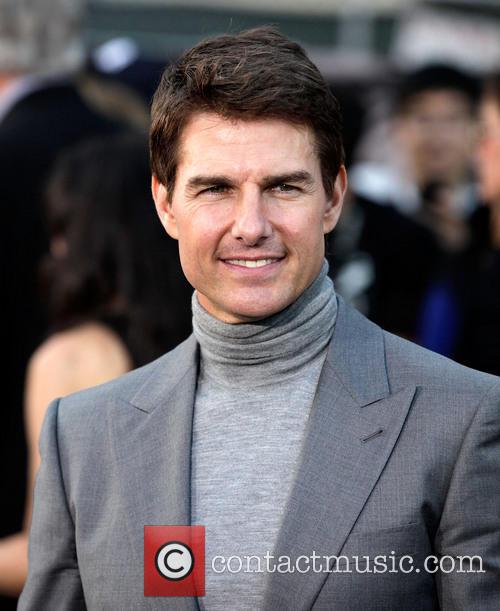 Actors Tom Cruise and Katie Holmes divorced last year after six years of marriage. Katie gained primary custody whilst Cruise was given visitation rights. However, Cruise claims in court documents, via The Express, that he sees his daughter as often as it is possible. Cruise admits that he is "a professional actor in motion pictures" whose job involves "extended periods of time in various parts of the world."

However, the 51 year-old argues that his daughter has not been affected by his necessary absences. "Suri has never indicated, in words or substance, that she has ever felt abandoned by me," he wrote, adding "I have in no way cut Suri out of my life whether physically, emotionally, financially or otherwise." Although Tom Does Not Have Primary Custody, He Sees His Daughter As Often As Possible.

Describing desertion stories as "patently false," the Mission Impossible actor went on to point out his "wonderful relationship and cheerful phone calls" with his daughter. His statement reads: "While I'm sure my daughter misses me when I am not with her (as I miss her), she is a very happy child.

Though he does not refer to his ex-wife by name, Cruise indicates that "changed circumstances" prevented him from seeing his youngest daughter as he did before. "We were not able to see each other as often as we did prior to the divorce," said the father-of-three. A Lawsuit Threatens To Go Ahead After Tom Cruise Accused Of Abandoning Suri.

Cruise's lawyer, Bert Fields, described the notion that his client had deserted his own daughter as a "vicious lie" and sought to gain a judge's ruling to force Bauer to declare it did not have any sources to support its claims. The multinational media company argues that this motion should be rejected owing to confidential sources which were used to support its claims.

We contacted Tom Cruise's publicist who declined to comment on the matter.