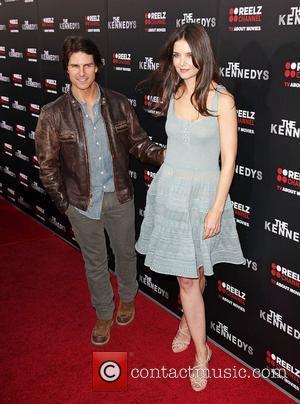 Tom Cruise has reportedly hired Axl Rose's voice coach to help him hit the high notes in movie musical Rock Of Ages.
The star is preparing for his role as bad boy rocker Stacee Jaxx, and he's very serious about coming across as a bona-fide rock god on the big screen, according to director Adam Shankman.
The moviemaker tells TheWrap.com, "He's been studying with Axl Rose's voice teacher, like, five hours a day. The prognosis is more than excellent.
"The voice lesson where he opened up and suddenly let loose... was really great.
Julianne Hough, Alec Baldwin and Mary J. Blige will join Cruise in the film.