Some of the cast and crew of this summer’s upcoming blockbuster re-make of The Mummy, including its star Tom Cruise, have spoken about their experiences shooting the film.

“I grew up watching these monster movies when I was a little kid, and I remember being utterly terrified,” Cruise said in a new featurette. “What’s interesting about the way these stories are told is that you identify with these classic characters. They terrify us, yet you feel sympathy for them.” 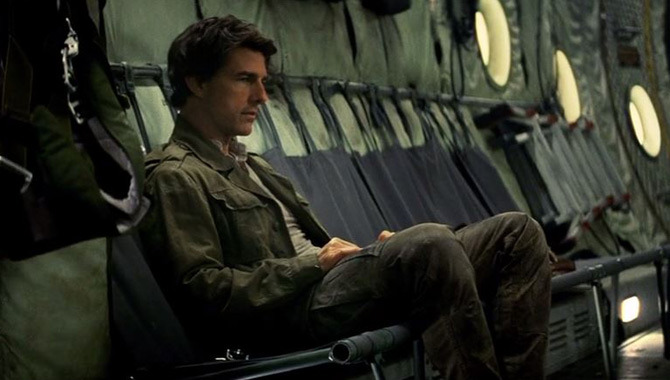 Tom Cruise stars in 'The Mummy'

Set in the present day, The Mummy tells of an ancient princess buried thousands of years ago beneath the desert, who awakens bearing a terrifying and malevolent grudge against humanity over her destiny that was stolen from her.

34 year old Sofia Boutella plays the titular Mummy, and she says about the motivation for the film: “There is something about those first horror movies, and Alex wants to give it a proper owner.”

“The sets are magnificent, they’re beautiful and haunting,” said Cruise of the setting of The Mummy. “It’s a hell of a lot of fun, you’re not going to want to take your eyes off the screen.”

More: Tom Cruise’s mother, and biggest inspiration, has died at the age of 80

Universal has had plans to reboot The Mummy franchise since 2012, with the last time the series was shown on the big screen being back in 2008 with The Mummy: Tomb of the Dragon Emperor. The movie had been due for a release by the end of 2016, but was pushed back to June 9th 2017 back in January last year.

At the end of December, IMAX released a trailer for the film with the wrong soundtrack accompaniment, causing its rapid takedown and a host of amusing gifs and memes being created.

Directing a cast that also includes Courtney B. Vance, Annabelle Wallis and Russell Crowe, the man responsible for bringing The Mummy to life is Alex Kurtzman.

“We owe the audience a monster movie,” he said. “The key for us was to tell a story that felt real.”

Watch the trailer for The Mummy: