Tom Cruise dreamed of being a Catholic priest when he was younger but was asked to leave a seminary after being caught stealing alcohol. 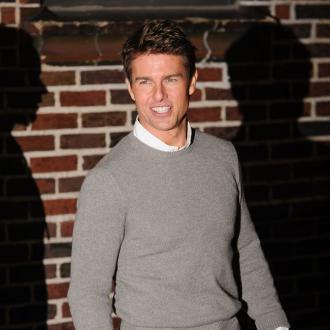 Tom Cruise was asked to leave a seminary after being caught stealing alcohol.

The 'All You Need is Kill' actor - who is now one of the most famous followers of the Church of Scientology - had his heart set on becoming a Catholic priest when he was a teenager but his ambitions were cut short when it was suggested he didn't return to St. Francis Seminary in Cincinnati after just two years.

Recalling how he sneaked into a room with the alcohol was stashed and threw it down to Tom, the actor's school friend Shane Dempler said: ''I tossed about six, most broke, but we managed to get a couple and hide them in the nearby woods.

''The priests didn't even realise until some of the other boys found out about our plan and snuck into the woods and got drunk. They were caught staggering down the road to the seminary and forced to confess.

''The school wrote a letter to our parents saying they liked us both, but would prefer if we didn't return. So we weren't kicked out, just preferred not to go.''

Shane - who studied alongside the 50-year-old star between 1976 and 1977 - says he and his pal were ''really interested'' in the priesthood, but feels they were too young to have made a serious decision about their careers.

He told the New York Daily News newspaper: ''He had a very strong Catholic faith.

''We went to Mass, spent time in the chapel and enjoyed hearing stories from the priests. We thought the priests had a great lifestyle and we were really interested in priesthood.

''In truth. we were too young to make that decision.''

And at the school, Tom showed early signs of his acting talent.

Shane said: ''In sport and acting, he came out of his shell. They were competitions, you see, and if it were competitive, he'd be on it. Otherwise he'd just survey the scene.

''We had a great drama teacher in Father Aubert Grieser. He taught us how to speak in public. We used to get into trouble, as Aubert would tell us not to spit when we were speaking and we'd spit on purpose. It'd cost us 50 cents.''