Tom Cruise reportedly pays $50,000-a-week on bodyguards to protect his seven-year-old daughter Suri to ensure she's safe at all times. 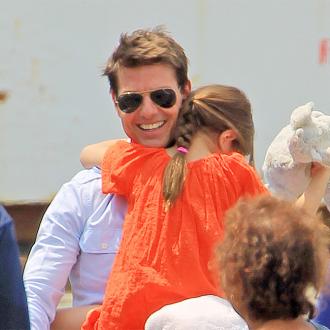 Tom Cruise spends $50,000 a week on bodyguards for his daughter Suri.

The 50-year-old actor has people watching his seven-year-old child 24-hours-a-day while she is living in New York City with her mother Katie Holmes and he is more than happy to splash the cash to keep her safe.

One of the 'Oblivion' star's motivations for hiring security is the constant paparazzi that follow Suri and his ex-wife around at all times.

A source told the new US issue of OK! magazine: ''Tom is always surrounded by two rings of plain clothed security agents. That goes double for his precious daughter. Katie believes money is no object when it comes to the safety of Suri and insisted Tom handle that side of things. She'd go broke if she had to pay for it and it's a total necessity with the enormous interest in Suri.

''These guys are highly trained. They legally carry weapons. When in LA they keep guns in the trunks of Katie's SUV limos. When in New York, they have licenses to carry firearms on their person.''

Katie is appreciative of her former husband's gesture and the security guards give the high profile actress peace of mind.

The source added: ''Katie knows the guys are the best in the world and she can breathe a lot easier with them on the job. Suri has the Rolls Royce of security guys watching out for her.''