Tom Cruise reportedly paid for his daughter's wedding last month, even though he did not attend. 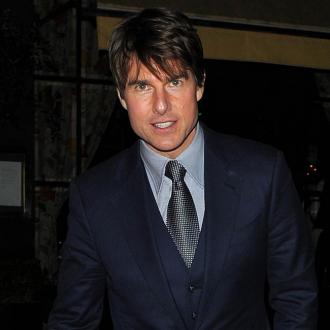 Tom Cruise reportedly footed the bill for his daughter's wedding.

Isabella Cruise, 22, tied the knot with British IT consultant Max Parker in a secret ceremony at London's Dorchester Hotel on September 18, and neither Tom, nor Bella's mother - Nicole Kidman - were present.

However, according to TMZ, no parents from either side attended as the couple just wanted a small wedding with a few friends and Tom was happy to pay for the nuptials and party at the Dorchester.

The website also rubbished claims that Tom didn't attend because he is unhappy that Max is not a Scientologist, with a source close to the actor explaining that he gets on well with Isabella's partner.

Australia's Woman's Day magazine, which first reported the wedding, revealed that Max had five groomsmen, two of whom are Scientologists.

A source told Us Weekly: ''The wedding happened a couple of weeks ago. And was a super low-key, small ceremony. Tom and Nicole were not there.''

Isabella, who graduated from the exclusive Delamar Academy of Make-up and Hair earlier this year, lives in London where she works as a hairdresser and was introduced to Max through mutual friends.