Tom Cruise offered a private jet to a worker who was injured on the set of his latest film, 'Oblivion', which took him to a nearby hospital. 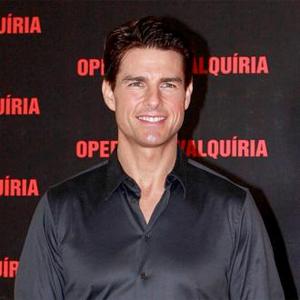 Tom Cruise offered a private jet to a worker who was injured on the set of his latest film.

The actor was shooting new movie 'Oblivion' last month when British crew worker, known only as David, was crushed by a 50-stone weight.

David was left unconscious and initially believed to be paralysed, so caring Tom alerted his private pilot who primed the star's jet to transport David to a specialist spinal injury Clinic.

A source told the Daily Mirror newspaper: ''Tom stayed cool and swept straight into action. He didn't take a back seat at all and made sure his Gulfstream V jet was ready to go in case it was needed.

''It was quick thinking. David could have suffered permanent spinal injury, so it might have been vital he was flown to hospital.''

The source added: ''Tom was great. He gave so much support to David and his family. It was a terrible accident but Tom had no obligation to put himself out like that.

''It really meant a lot to the rest of the people on the set.''

David is now undergoing intensive physiotherapy, though it is unclear whether he has been discharged from the movie, which also stars Morgan Freeman and Andrea Riseborough.