The actor is known for doing his own stunts on film, but may need a little help in real life.

He may be an action hero on the big screen but Tom Cruise narrowly avoided disaster earlier this week when he was nearly hit by a double decker bus on the streets of London. In a video, obtained by the Today Show, the 53 year old is seen having a close call while attempting to cross the busy capital road. 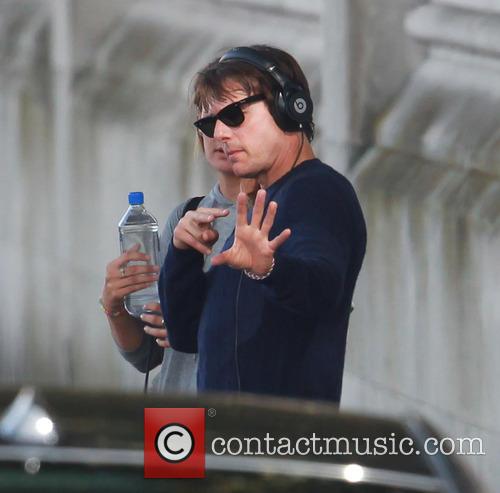 In the video Cruise steps out onto the road, right in front of the oncoming double decker, the driver of which fortunately honks his horn loudly to alert the actor. Cruise then quickly retreats as a fellow pedestrian appears to comment on his close call.

The actor has been in London for the past few weeks, shooting the fifth Mission Impossible instalment. Of course in Britain cars drive on the opposite side of the road to the States which could account for Cruise’s mistake.

Visit NBCNews.com for breaking news, world news, and news about the economy

Cruise is well known for doing his own stunts in films. Last month he was pictured performing a ridiculously dangerous stunt for Mission Impossible 5 which involved him being suspended from an Airbus A400M at 5,000ft with only two safety harnesses.

More: Why Is Tom Cruise's Jack Reacher The Most Complained About Film of 2013?