It was a bit surprising when Tom Cruise landed the lead role in the latest remake of The Mummy, the classic monster movie that began with Boris Karloff in 1932 and was more recently revived as an action adventure with Brendan Fraser in 1999. But Cruise says that what drew him to the role was that his character Nick is an anti-hero. 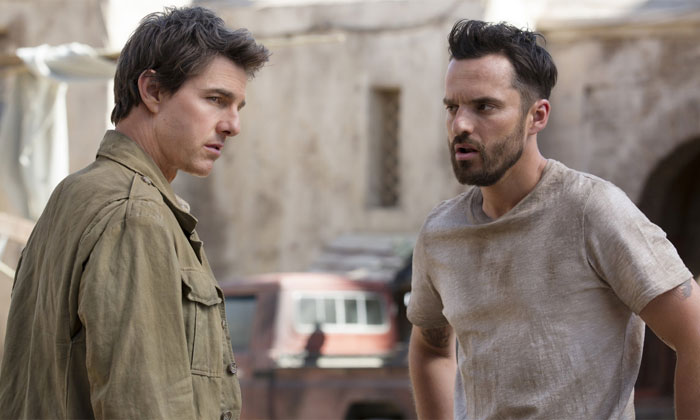 Tom Cruise with Jake Johnson in The Mummy

"He's kind of naughty, Nick, a little bit," Cruise says. "He's somebody who's a thief, an interesting character. We follow him as he takes us through this new world of gods and monsters in the new Dark Universe with its grey-area characters. Nick is questionable, but he's very charming and funny. I just love these characters because I want to entertain, whatever kind of genre I'm in. I apply the same mentality to my dramas and comedies that I do to films on this scale. I'm always thinking I want a great story. I just want to be entertained."

So the question is whether the 54-year-old actor hesitated about filming a scene in which Nick is naked."No," he laughs. "No, you just do it!" 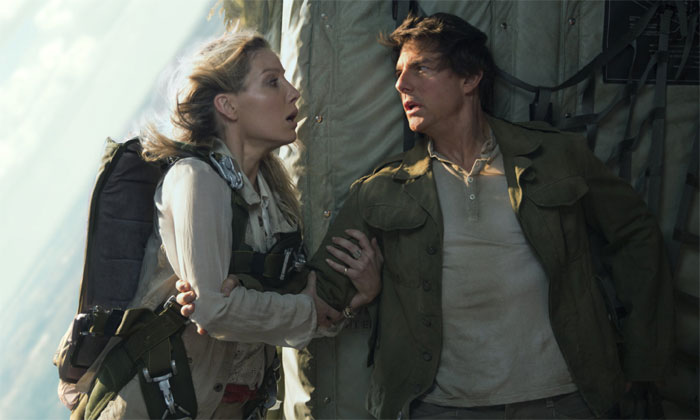 Tom and Annabelle Wallis in The Mummy

In this film, Cruise shares the screen with his old friend Russell Crowe, who plays Dr Jekyll in the Dark Universe. "We've known each other since 1992," Crowe explains. "We met - there will be a few names hitting the floor here - we were at a barbecue at Naomi Watts' house and Nicole Kidman, who was Tom's wife at the time, introduced me. She brought him over to where I was sitting. The most amazing thing was that I was talking to the biggest movie star in the world, and he had been introduced to my films by his wife, so he was asking me questions, not the other way around. It was a pretty amazing experience and we have been friends ever since."

Cruise loved working with him on The Mummy. "I've known him for a hundred years," he jokes, "and when we were standing on set, I was like, 'I cannot believe that we haven't done this before.' We talked about it forever and, you know, he was always working and I'm just doing other things. So for me, working on this was a dream."

Up next for Cruise is Top Gun: Maverick, the sequel to his 1986 hit, which Cruise promises will include "very fast jets ... an aircraft carrier, maybe two ... definitely a motorcycle ... and maybe a volleyball scene!"

Watch clips and various featurettes for The Mummy: