Tom Cruise has been cast in yet another science fiction movie, a Hollywood adaptation of Japanese novel series 'Yukikaze'. 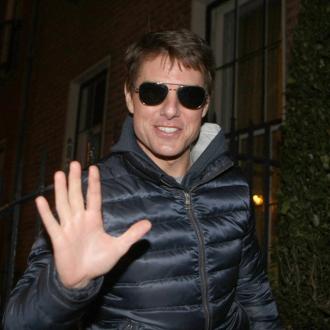 Tom Cruise will star in 'Yukikaze'.

The 'Oblivion' actor has signed on for yet another sci-fi film after scoring the lead in Warner Bros.' adaptation of the Japanese novel series by Chohel Kamayashi.

The popular books have already been made into five award-winning anime films in Japan, which went straight to video.

The big-budget film will be set three decades after alien force JAM invade Earth through a wormhole that appears over Antarctica.

Tom will star as part of a special planetary defence force, who avenge the attack by setting up bases on the aliens' planet.

Yukikaze is the name of the high-tech reconnaissance fighter plane the hero flies during his missions.

'All You Need Is Kill's Erwin Stoff and Tom Lassally will produce as well as Jason Hoffs, according to Deadline.

Sci-fi fan Tom is currently starring alongside Olga Kurylenko in post-apocalyptic movie 'Oblivion', and will next be seen in alien invasion flick 'All You Need Is Kill'.

The action star is also working on the 'Jack Reacher' sequel as well as another installment of 'Mission: Impossible' with Christopher McQuarrie.