Tom Cruise In Talks For A Star Is Born

Tom Cruise is being lined up for a role in 'A Star Is Born', in which he would play Beyonce Knowles' troubled mentor. 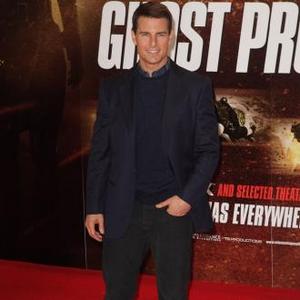 Tom Cruise is being lined up for a role in 'A Star Is Born'.

The 'Mission: Impossible' actor is having talks to star alongside Beyonce Knowles in the new version of the classic film, which is being directed by Clint Eastwood.

According to Variety, it's still very early days for the discussions, but Tom is said to be interested as he is keen to work with Clint.

If he signs up, Tom will play Beyonce's older and troubled mentor but filming is still a long way off as the singer-and-actress only gave birth to daughter Blue Ivy two months ago.

Hugh Jackman, Will Smith, Leonardo Dicaprio and Christian Bale were also up for the role of the ageing musician who falls for Beyonce's character even though he's trying to turn her into a worldwide star.