Appearing on 'Jimmy Kimmel Live!', Cruise suggested he'd be up for reprising his role as Maverick in a 'Top Gun' sequel if it was "right".

Tom Cruise once again addressed long-standing rumours that a Top Gun sequel may or may not be in the works, hinting to Jimmy Kimmel that he would be keen on reprising his ‘Maverick’ role if the circumstances and script were “right”.

The 54 year old actor appeared on ‘Jimmy Kimmel Live!’ on Tuesday evening (October 18th), nominally to discuss another upcoming sequel he’s starring in, that of Jack Reacher: Never Go Back in which he brings back his ex-Army Sergeant character based on Lee Child’s book series. 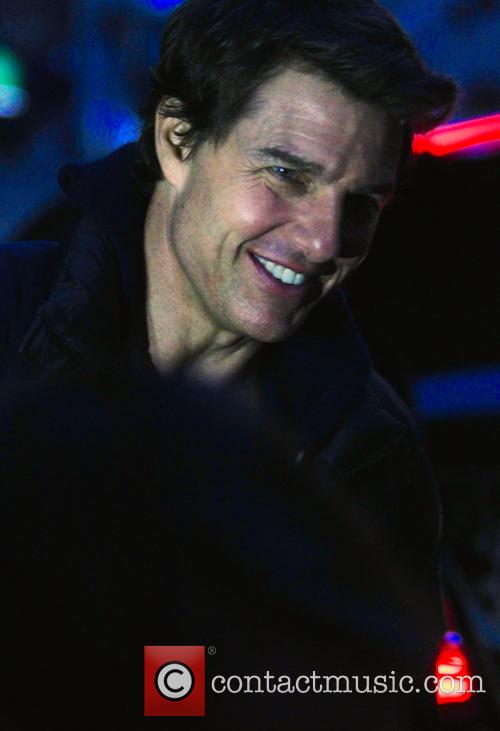 However, the host couldn’t resist grilling Cruise on whether or not Top Gun might return, more than 30 years after the original. “It’s just got to be right, that’s all,” Cruise replied. “We just have to figure it out.”

Back in January this year, fans were sent into a frenzy when Jerry Bruckheimer, who directed the 1986 classic, tweeted a photo saying that he and Cruise had met to specifically “discuss a little Top Gun 2”.

Two months before that, Val Kilmer had intimated that he’d been invited to reprise his own character ‘Ice Man’ in a sequel – before quickly adding that nothing was confirmed yet.

More: Nicole Kidman admits she was “too young” for marriage to Tom Cruise

However, for Top Gun devotees, this may just be another piece of inconclusive news following years of speculation. But Cruise also shared an amusing anecdote about his preparation for the original movie all those years ago, revealing he vomited inside a jet plane being flown by a pilot nicknamed ‘Bozo’ while in physical training.

“For our first flight in the morning, we were going really hard, moving around. We did 9.5 G’s, very hard on my body. I had a vomit bag right here, so in between takes I leaned down to quickly empty my guts in the bag,” recalled Cruise.

“The second I did that, [Bozo] pulls up.” “My head was literally on the ground from the pressure. I was pressed on the floor, holding my vomit. I kept going ‘Bozo! Bozo!’ I was choking, and he just kept pulling up and up,” the actor continued.

“Finally he released, and we were going straight ahead. I was like, ‘Bozo, what’s the matter with you, man? Didn’t you see my head was on the floor?’ He was like, ‘Well I told you, they don’t call me Bozo for nothing.’”