Tom Cruise Friends Urge Him To Slow Down

Tom Cruise's loved ones have urged him to slow down his work schedule for his health. 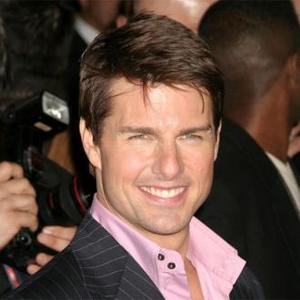 Tom Cruise's loved ones have urged him to slow down.

Following his split from Katie Holmes in June family and friends are concerned about the 'Mission: Impossible' star, who has been focusing fully on his career since the separation.

Britain's Grazia magazine reports: ''Tom's friends and family have urged him to take a break, but he has brushed off their concern.

''He is refusing to slow down and is trying to soldier on. He doesn't seem to be himself. He hasn't been working out like he normally does and doesn't appear to be eating well at all. His clothes just hang off him.''

Tom's hectic schedule could even be affecting his relationship with his friends for the worse.

The source went on to say: ''His way of dealing with this is to throw himself into his work, but as a result he's not looking after himself and he risks cutting himself off from people who care about him and want to make sure he's OK.''

The death of his 'Top Gun' director colleague Tony Scott could only make matters more complicated.

The actor released a statement saying: ''Tony was my dear friend and I will really miss him...

''My deepest sorrow and thoughts are with his family at this time.''