Tom Cruise is developing a sequel to his 2012 hit action film, 'Jack Reacher'. 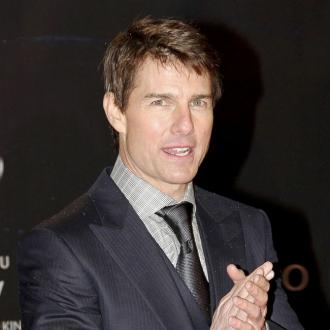 Tom Cruise is developing a sequel to 'Jack Reacher'.

The actor is looking to reprise his titular role in the spy action series based on Lee Childs' best-selling books.

Cruise, Skydance Productions and Paramount Pictures are ready to make another movie based on the latest 'Jack Reacher' novel, 'Never Go Back'.

The book sees Reacher on the run across America after being falsely charged of a crime.

Christopher McQuarrie, who wrote and directed the first film, isn't expected to return - at least as a writer - because he is busy working on another project with Cruise, 'Mission: Impossible 5'.

'Jack Reacher' cost just $60 million to make and grossed over $200 million worldwide, making it a success.

The actor is next set to star in 'Edge of Tomorrow', a sci-fi thriller directed by Doug Liman and co-starring Emily Blunt.

Cruise is currently preparing to reprise his role as Ethan Hunt in 'Mission: Impossible 5', which is scheduled for a 2015 release.

Co-star Simon Pegg recently confirmed he will reprise his role as technical expert Benji Dunn in the flick.

He said: ''Yes, absolutely. I'm looking forward to doing that. I've already started eating one carrot a day in order to be in shape. Actually that's not good for you, don't do that!''