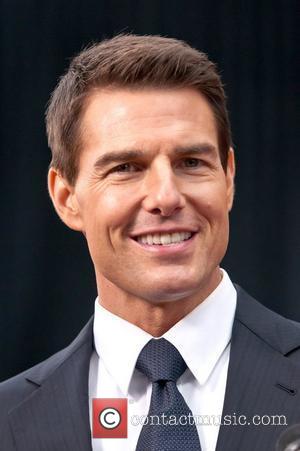 The Tom Cruise flick Mission Impossible: Ghost Protocol is surely to prove a smash at the Box Office having gone on general release in the U.S. yesterday, (December 21 2011) Not only does it have the huge success of the franchise's preceding three films before it, which have taken in some $1.5 billion worldwide, but it has the whole-hearted support of the critics, proving that not rushing between instalments has paid dividends for the cast and crew.
Review aggregating site Rotten Tomatoes has clocked a whopping average score of 93% for the film, while some of its leading trumpet blowers have included critics from the likes of Usa Today, The New York Times and The Los Angeles Times - among many others. Usa Today was particularly effusive in its praise, claiming that of the 'Mission Impossible' instalments, "'Ghost Protocol is easily the best of the lot," whilst The New York Times commented that it "gets back to action basics with globe-trotting, nifty gadgets, high-flying stunts and less loquacious villainy." Its Los Angeles counterpart meanwhile focused on director Brad Bird, noting "Bird has done a stylish and involving job here, turning in an entertaining production that's got considerable visual flair, especially in its action-heavy Imax sections."
Though the third film in 2006 was by far the lowest grossing of the series so far, it still took in over $100 million at the Box Office, 'Ghost Protocol' will have to go some though to beat the highest grossing 'Mission Impossible: II', which took in almost $550 million worldwide back in 2000.