Tom Cruise has reportedly been secretly dating fellow Scientologist and actor Laura Prepon for months after being spotted on a date last year. 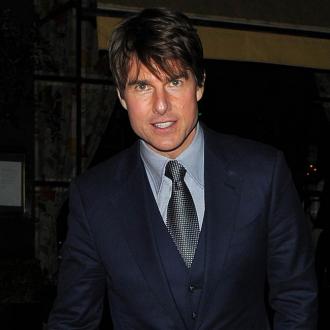 Tom Cruise has reportedly been dating Laura Prepon for months.

The 'Mission Impossible' star and the 'That 70's Show' actress - who both practice Scientology - were rumoured to be dating last year and it's now been revealed that they've been seeing each other ever since.

The 51-year-old actor and Laura - who is currently playing a drug dealer in 'Orange Is the New Black' - were spotted enjoying a cosy meal at a hotel in Los Angeles last November and despite trying to keep their romance a secret, Laura's co-stars have reportedly found out about the relationship.

A source told the New York Post newspaper's Page Six: ''It's the buzz on the set of her show.''

Having known Laura for years, Tom - who was previously married to Mimi Rogers, Nicole Kidman and Katie Holmes - is said to have asked her out after seeing her in her new series and picked her up for their date at the Manor Hotel in a vintage car.

A source said previously: ''They spent three hours laughing and joking. It's clear Tom is smitten and after the date he was on cloud nine.

''They had their second date at the restaurant too, meeting for Sunday Brunch and she then accompanied him a few days later to a dinner party at John [Travolta] and Kelly's [Preston] home.''

Laura, 34, previously dated 'Malcolm in the Middle' actor and fellow Scientologist Chris Masterson before their reported split in 2012.