Tom Cruise Announces Title Of Next M I Movie 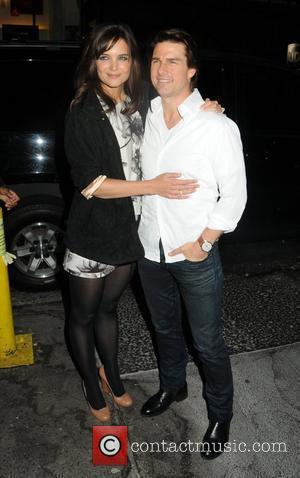 Reporters were left scratching their heads after Tom Cruise revealed on Thursday that the title of his fourth Mission Impossible movie will be Mission Impossible Ghost Protocol. "All I wanted is not to have a number [after the title]," said Cruise, at a news conference at the Doha Film Festival in Dubai, the city where scenes for the film are currently being shot. (The English-language Gulf News reported that the MI sequel marks the first time a major Hollywood film will be set in the city.) Cruise added, "I've never done sequels to films and I never thought of these films as sequels. ... Paramount has done a great job in coming up with a title, so it's not going to be MI2, 3, 4 I always thought we should have a title aside from Mission Impossible ." But Los Angeles Times media writer Patrick Goldstein reacted this way "Yikes! I'm assuming the title has something to do with a key character or plot point in the film, but still -- with all the marketing brainpower behind that series, is that the best idea anyone could come up with?" The operator of a website called Nerdles.com ("News for Nerds") commented, "Sounds like a crappy video game spin-off." IndieWire.com agreed, saying that the title sounds "like an X-Box game." The website also took note of the fact that the title will now contain two colons. "We're assuming that's how it'll be written, anyway -- as it's only been spoken out loud at this point. ... Two colons seems like Overkill, but all the films before have had one in between the words 'Mission' and 'Impossible.'"