Tom Cruise Lea Thompson Back To The Future 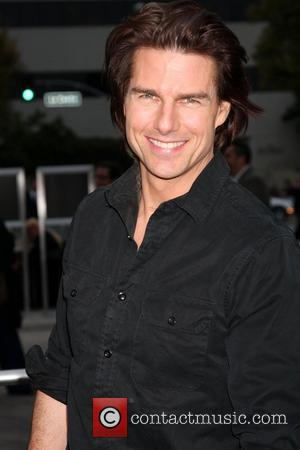 Tom Cruise and actress Lea Thompson were completely naked for their make-out session in cult film All The Right Moves, according to the Back To The Future star.
Experts state that there was a freeze-frame scene of full-frontal nudity in the 1983 movie and Thompson admits there could well be.
Appearing on Access Hollywood Live on Monday (13Jun11), she reveals, "Everybody made a really big deal about it (Cruise being naked) and I was like, 'I'm naked too!'"
Asked if she and Cruise were wearing protection and coverage, she added, "We couldn't do that... You could see the sides of us.
"I remember they were ready to shoot and it was a closed set and everything, and the DP (director of photography) said to me, 'Do you have any body make-up on,' and I said, 'What's that?' I was so young; I had no idea."
But Thompson admits it was a thrill to work with "committed" Cruise: "It was my second or third movie and I had never worked with anyone, like, real kind of method before. He taught me a lot. He was great."