Tom Cruise and Katie Holmes are trying to be civilised for the sake of their six-year-old daughter Suri. 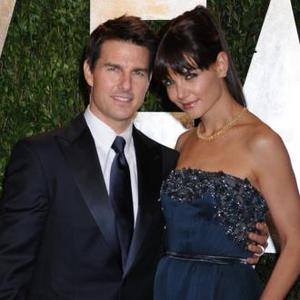 Tom Cruise and Katie Holmes are trying to be civilised for Suri's sake.

The couple have agreed divorce and custody terms and have decided to try and have an amicable relationship following the breakdown of their marriage, in order to keep things as normal as possible for their six-year-old daughter.

A source told People magazine: ''They are both going to do what's best for Suri.''

Meanwhile, it has been revealed that Katie employed a ''confidence coach'' to help her get over her split from Tom.

The 33-year-old actress filed for divorce from her husband of five years in June and although she was responsible for ending the marriage, sources say she is struggling to get on with her life now she's on her own.

A source said: ''Finally free from Tom, Katie is keen to find her own voice. So she has sought professional help and has employed a confidence coach who she's been seeing once a week to help her regain who she once was.''

Although Katie has no regrets about the split, insiders say she is struggling to sleep because she has a lot on her mind at the moment.

The source added: ''The glow and radiance that defined Katie post-split seem to have evaporated. She won't have anticipated that she would suffer from a complete lack of self-confidence, and what it would actually feel like not being Mrs. Tom Cruise. It's like she's struggling to regain her own identity while balancing work, motherhood and keeping Suri grounded.''