Tom Cruise Turned Practical Joker To Alleviate The Boredom On The Set Of The New Mission: Impossible Movie. 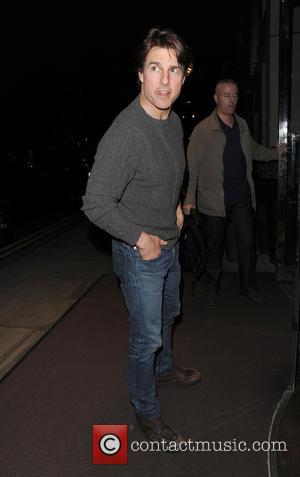 Picture: American movie star Tom Cruise was spotted out as he left a post production office in Soho. Tom was kind enough to take some photos...

The Top Gun actor and his co-star Simon Pegg spent weeks in Morocco shooting scenes for Mission: Impossible - Rogue Nation, the fifth installment in the action franchise, but during a break from filming, Cruise's mischievous side came out.

The pair spent days shooting a car chase in Casablanca, and Cruise made Pegg sweat in the sweltering temperatures by secretly turning on the heater in the vehicle, prompting the Brit to liken the Hollywood superstar to the sadistic serial killer in grisly 1995 movie Seven.

Pegg tells U.K. talk show host Graham Norton, "We spent five days in a car haring around Casablanca which was very exciting but very boring in between takes. It was very hot but I got really hot, a little too hot, and I realised after about three days that Tom had been turning my seat heater on when I wasn't looking. He kept doing it and kept getting me electrolytes and hydrating me - it was like Seven, he was keeping me alive while torturing me!"