The doc alleges that the actor had his then wife Nicole Kidman’s phone tapped.

Directed by Alex Gibney, Going Clear: Scientology and the Prison of Belief, has become the most talked about film to premiere at this year’s Sundance Film Festival. Claiming to lift the lid on the famously secretive religion, the doc also includes allegations about famous follower Tom Cruise and the church’s founder L. Ron Hubbard. 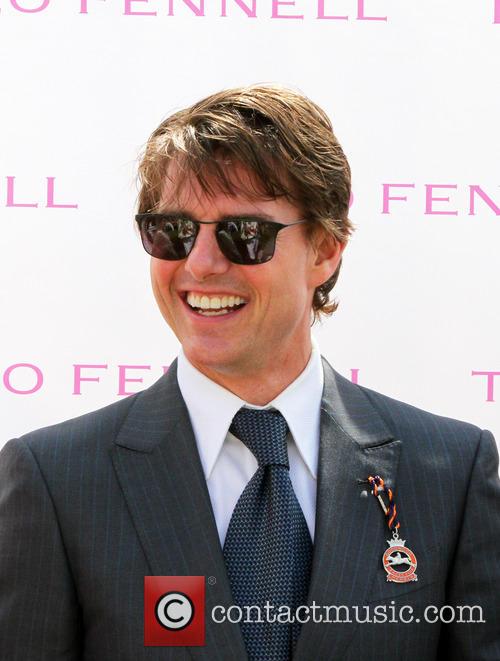 Tom Cruise is one of Scientology's most famous followers

Based in part on the book of the same name by Lawrence Wright, the film features interviews with former church members and never before seen footage, including some of Tom Cruise stage at a Scientology gala.

In the clip Cruise vows to the audience that he’ll “clean this place up” and saluting a giant portrait of Hubbard while crying “To L.R.H.!” The doc also alleges that Cruise suggested to his handler Marty Rathbun that Scientology forces tap the phones of his then-wife Nicole Kidman. Rathburn claims that church leader David Miscavige, agreed and had the actresses’ phone tapped.

The church has since released a statement calling the claims made in the film, “entirely false and alleged without ever asking the Church.”

But the doc also takes aim at another famous follower John Travolta, alleging that the church ensured the actor's loyalty by making it clear it was prepared to use information gained during auditing sessions (which were supposed to be confidential) to undermine him or any other member who publicly split from the organisation.

Celebrity revelations aside, Going Clear appears to have gripped festival audiences looking for a glimpse behind the famously locked doors of the Church of Scientology. Writing in Variety, Scott Foundas said Gibney had “made a great film about the dangers of blind faith.” Adding that “for the men and women on screen here, (Going Clear) means something else: reclaiming their own voices and demanding to be heard.”

While The Guardian’s Brian Moylan writes that there isn't much on show that wasn’t in Wright’s book, but says Gibney’s main skill is in the film’s editing. But wether or not the film contains any new revelations, it has managed to put Scientology firmly back in the headlines, and once again it’s not for positive reasons.

Going Clear: Scientology and the Prison of Belief is scheduled to debut on HBO this March.

Since publishing this article, the Church Of Scientology have contacted us with this statement:
The accusations made in the film are entirely false and alleged without ever asking the Church.  As we stated in our New York Times ad on January 16, Alex Gibney's film is Rolling Stone/University of Virginia redux.  The Church is committed to free speech. However, free speech is not a free pass to broadcast or publish false information.  Despite repeated requests over three months, Mr. Gibney and HBO refused to provide the Church with any of the allegations in the film so it could respond. Had Mr. Gibney given us any of these allegations, he would have been told the facts.  But Gibney refused to speak with any of the 25 Church representatives, former spouses and children of their sources who flew to New York to meet and provide him and HBO with firsthand knowledge regarding assertions made in Mr. Wright's book as that was all we had to guess from. Gibney's sources are the usual collection of obsessive, disgruntled former Church members kicked out as long as 30 years ago for malfeasance, who have a documented history of making up lies about the Church for money.   We invite you to view our complete statement, correspondence and documented facts at freedommag.org/hbo