Another person was seriously injured in the accident on the set of Cruise's new film 'Mena' in Colombia.

The Associated Press first reported the story, which was later confirmed by many other outlets. The small plane – which Cruise himself was not aboard, despite being a trained pilot – is believed to have crashed in the Colombian Andes on Friday (September 11th). The twin-engine Aerostar plan is thought to have run into bad weather shortly after taking off from Santa Fe de Antioquia to Medellin. 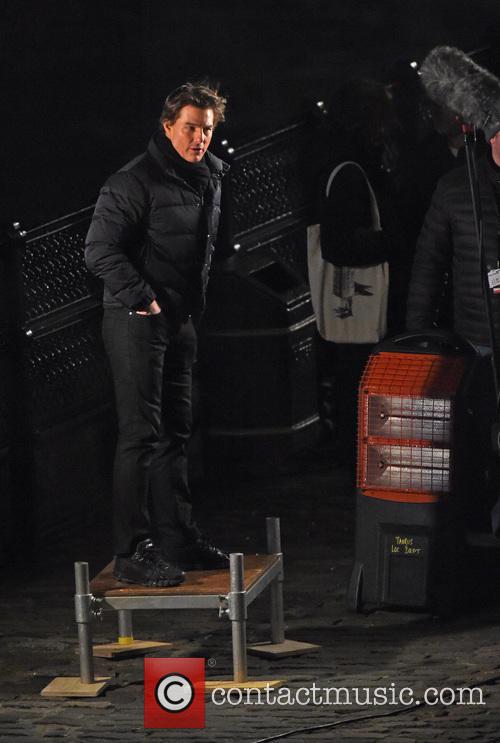 Tom Cruise on the set of 'Mission Impossible: Rogue Nation' earlier in 2015

The initial report was purveyed by an anonymous source at the Colombian state’s aviation authority to the AP, who refused to divulge his identity because he was not officially authorised to discuss the incident.

A separate report by Variety later identified the victims of the crash as Alan David Purwin, an American who was a trained pilot used by many Hollywood studios, and Colombian colleague Carlos Berl. Another pilot, Jimmy Lee Garland, from the state of Georgia, has been rushed to hospital in Medellin with serious injuries.

A short statement from the movie’s distributor Universal was released late on Friday night, confirming the horrific crash. “An aircraft carrying crew members crashed while returning to Enrique Olaya Herrera Airport in Medellin following production wrap on the film Mena resulting in two fatalities. Further details are not available at this time. On behalf of the production, our hearts and prayers go out to the crew members and their families at this difficult time.”

53 year old Cruise arrived in the South American country last month to begin work shooting Mena, which tells the story of a pilot who worked for the infamous cocaine kingpin Pablo Escobar. The picture is directed by Doug Liman.