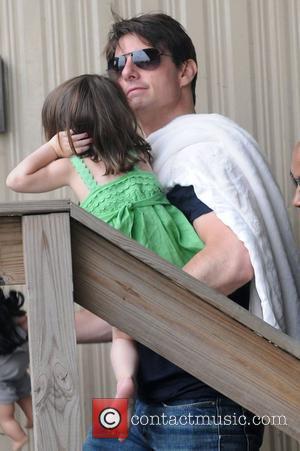 Tom Cruise is keen to trade in his screen legacy as an action hero for more comedic roles after making a cameo appearance in new war comedy TROPIC THUNDER.
The Hollywood icon is unrecognisable as a chubby, balding movie executive in the new Ben Stiller film - featuring Stiller alongside Robert Downey Jr. and Jack Black.
And Cruise admits the role was an unexpected inspiration to make movie audiences laugh.
He says, "Well, I'm always looking for something new, and Ben's (Stiller) movie is hilarious. He and I are old friends, and he is a really good director, so originally I said I'd do it just for friendship. But it turned out great.
"I actually love comedy, and I did it in Risky Business, so I'll do more if it presents itself."