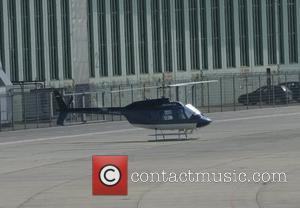 Hollywood hunk Tom Cruise is astounded that no one recognised him when he worked as a real-life delivery man in preparation for his new film COLLATERAL.

The 41-year-old needed to learn how to seem anonymous for his role as a hit-man in director Michael Mann's latest blockbuster. so dressed in a FedEX courier's uniform to attempts an inconspicuous parcel delivery.

The star says, "We had the wardrobe, I got my mission - go in and deliver this package to this place. Then go and buy coffee and sit down and just talk. It was a great acting exercise. I'm a very good stalker now."

Mann explains, "The objective was simply to be somebody else. Tom could put on a beard, sunglasses and baseball hat and someone still goes, 'There's Tom Cruise.'"