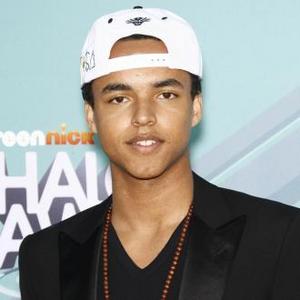 The 17-year-old aspiring actor - son of Tom Cruise and his ex-wife Nicole Kidman - stars in the remake of 80s teen action movie 'Red Dawn', which is about a group of teenagers who look to save their Washington State town from an invasion of North Korean soldiers.

The film - which also stars Chris Hemsworth, Josh Hutcherson and Isabel Lucas - was shot in 2009 and will be released on November 21.

Connor - who made his film debut in 2008, with a small role playing a young Will Smith in 'Seven Pounds' - has taken on the role of Daryl Bates, a member of armed resistance forces the Wolverines.

The film was directed by Dan Bradley, who has been very impressed with Connor's acting abilities.

He said: ''Connor is a really cool kid. When you look at his upbringing and how it's been different than so many people, he is very well-rounded, grounded, extremely smart, physically - just great at all sports.

''You can see where he gets that from - his dad. Connor, like me, loved the action stuff. Any time there were explosions or gunfire or whatever, he and I were two of the most excited people on the set. That was pretty cool, to have somebody that shared my enthusiasm for explosions.''