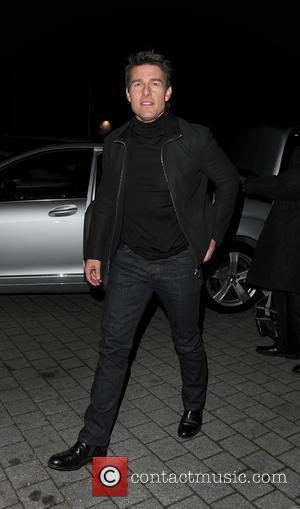 Picture: Tom Cruise arrives at Battersea Heliport, to catch a late night helicopter flight, having attended the World Premiere of his latest film, 'Jack Reacher' and...

Tom Cruise, he’s a small fella; too small, you’d think, to play a character who in novel form was a towering 6 foot 5 inches tall and over 200 pounds in weight. However, he obviously disagrees, hence the 5 foot 7 actor's appearance as Jack Reacher in the first of what could be several films based on the Lee Child book of the same name.

Cruise told Reuters that he’d discussed the issue with Child himself, and the pair of them had the same viewpoint regarding him playing Reacher. "You know, he (Child) created the character, I had my own opinion that I didn't say to Lee and then he came back and pretty much reflected what I had felt about it” said the diminutive actor. “But had he said 'look I'd rather not', I would not have played the character.” Convincing no-one, Cruise added that Reacher’s size was a “characteristic” rather than a “character”.

Nevertheless, there are hopes that the action thriller will develop into something of a franchise, with British actress Rosamund Pike, who plays the female lead, saying she hoped there would be more films. "We hope this is going to be a great big new franchise for Tom and for Paramount and so to be in the first one is always kind of cool ... It's witty, it's fast-moving, the plot is ... puzzling and incisive and quite dark in places. You know the humor and the violence in this film is pretty edgy and I like that about it," she said.