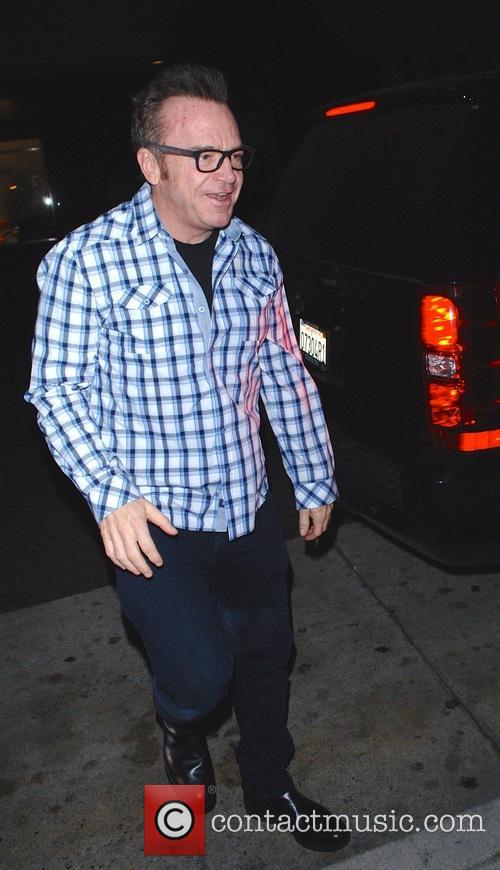 “We are still in a bit of shock,” the couple in a statement to People magazine. “It has been a long journey and the healthy birth of our son is a miracle.” Arnold hasn’t simply ignored the fact he’s older than your average first-time dad, in fact, he tweeted a little joke about it. “Game Changer: Jax Copeland Arnold. 8lbs 12oz. Looking forward to being a 70 year old Little League Coach,” he posted. Having recently appeared in the film Hit & Run, Arnold is best known for his role in True Lies alongside Arnold Schwarzenegger. In the press, he has been very open about his fertility problems which he discovered while in college. “I’ve tried with other people, but since there is a God we were unable to conceive. Now God said, ‘This is it!’” Arnold told People in January. "We're really happy. I didn't think it was in the cards for me, to be honest, and so I was completely shocked," he said during an appearance on The View. "It's a miracle."

Groussman – a relative unknown in Hollywood before marring Arnold – was a producer on ‘Tom Arnold: That's My Story and I'm Sticking to it’, a comedy special from the new dad.

There's a terrific sense of righteous anger in this scruffy comedy about disenfranchised people shaking American politics to its core. But the film plays it far too safely, dealing lightly with important themes while refusing to take a real stand on anything. It also never makes the most of its likeable, fully invested cast.

Based on a true story, the film is set in 2001 Seattle, where long-time buddies Phil and Grant (Biggs and Moore) are both unemployed journalists. When Grant decides to run for city council, Phil helps with the campaign. Grant's main passion is public transportation, which he sees as a social justice issue since it's what allows lower-income people to work and improve their lives. And his counter-culture approach makes him stand out opposite the unruffled incumbent (Cedric). On the other hand, Phil's girlfriend Emily (Ambrose) starts to worry when Grant's campaign becomes a centre for frat-boy antics, including rather a lot of pot-smoking. But this populist approach is like a breath of fresh air to voters.

Watching these no-hopers take on a well-oiled political machine is pretty inspirational, especially when the characters have so much raw charm. Biggs is superb in the central role, grounding even the most chaotic scenes in earthy honesty. By contrast, Moore feels a little overwrought as the hyperactive Grant, which makes us wonder why anyone would take him seriously. Although he nicely brings out Grant's inner resolve. And both Ambrose and Cedric add complex layers to their rather thinly written characters.

Audiences out for a bit of mindless fun will probably enjoy this raucous road movie, but only if they can look past comedy that relies on jokes about racism, sexism and homophobia. And if the characters are all paper-thin, at least the film is loose and enjoyably silly.

It centres on Charlie (Shepard), who lives in rural California with his girlfriend Annie (Bell). But when she's offered a job in Los Angeles, Charlie has to face up to his criminal past. He's currently in witness protection, and returning to L.A. is very dangerous. Still, he decides to take Annie to her job interview, while his protective agent (Arnold) follows close behind. But trouble is brewing because Annie's still-smitten ex (Rosenbaum) is also in hot pursuit, and when he figures out Charlie's secret, he gets in touch with the gang boss, Alex (Cooper), who wants him dead.

While the film looks whizzy and is packed with banter that sounds offensive, everything is pretty half-hearted. The dialog continually touches on sexuality and ethnicity in ways that are more lazy than inappropriate, and the discussions of serious issues like gender roles have no depth at all. This is a movie essentially made up of nothing but stereotypes. Bell and Cooper just about manage to give their characters personalities, but everyone else has essentially one note. Most of the men are mere chucklehead idiots, while the women are male fantasies.

When Charlie Bronson, a bank robbery getaway driver on a witness protection programme, jeopardizes his life to take his beloved fiancée to Los Angeles, his past comes knocking at his door in the form of his old best friends who want their money after being released from an 8 month prison sentence. Charlie's abrupt escape leads to a frenzied sequence of car chases involving his former friends, gangsters and the police, not to mention Charlie's fiancée's shock and rage at finding out that he hasn't been honest with her. 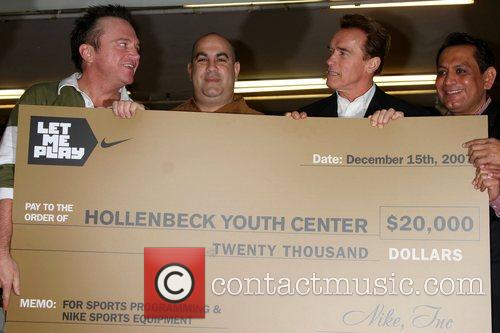 By Christopher Null
Good
Nine Months has all the makings of an incredible disaster. First, its star (Hugh Grant) is arrested for lewd conduct. Second, it's a remake of a French film (Neuf Mois), always a huge negative. Finally, it's a comedy decidedly for adults which is directed by the infantile Chris Columbus, the man who brought us the Home Alone franchise and Mrs. Doubtfire.

By Christopher Null
Terrible
The only Nightmare on Elm Street movie to begin with a Friedrich Nietzsche quote and give us Freddy riding a broomstick, aping The Wizard of Oz -- all in the first 10 minutes -- not to mention appearances from a young Breckin Meyer to Yaphet Kotto. Cameos are legion: From a returning Johnny Depp (credited as Oprah Noodlemantra) to then-hot Tom Arnold and Roseanne. Too bad it's all for naught. Longtime Nightmare collaborator Rachel Talalay (a production manager on the first installment and later a screenwriter) got behind the camera on this outing, turning in the absolute worst entry of the series. (Freddy as video game character murderer? Pass.)

By David Levine
OK
Airplane! is the quintessential masterpiece of all airborne spoof films, and while numerous films have tried to replicate the original formula, very few have succeeded. Soul Plane is an inspired effort that updates many of the same gags, but it unfortunately does not have enough frequent-flyer miles to make the full round-trip.

Nashawn Wade (Kevin Hart), along with his buddy Muggsy (Method Man), uses the $100 million Wade wins in a court settlement against the airline that kills his dog, to buy an airline of their very own. Wade calls it NWA - no, not Northwest Airlines - Nashawn Wade Airlines (clever, huh?). It features one departure daily from the 3-1-0 (Los Angeles) to the 2-1-2 (New York) from the brand new Malcolm X terminal at LAX, where a brother can find bargains at a 99 cents store, play some half-court hoops, and eat some fried chicken before a flight.