Review of Watch Me Dance Album by Toddla T

Are you ready to party? Well, you'd better be. Sheffield-based producer Toddla T is here to play the role of the over-enthusiastic host of an underwhelming house party, chivvying his guests into dancing, forcing them to join in the half-hearted karaoke, and generally doing everything short of grabbing them by the wrists and forcing them to clap along with the music. Watch Me Dance is a brash dance-pop record notable for its thumping, day-glo obviousness. 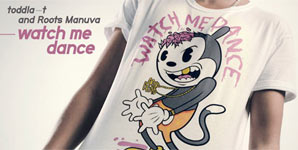 Which is not to say that it's an utter failure. Yes, it has all subtlety of The Terminator driving a truck through a roadblock, but sometimes you just want to smash that metaphorical roadblock, and songs like the Roots Manuva-featuring title track succeed on their own terms. That tune is an energetic, funky stomp with an effective chorus. It's not perfect: Roots Manuva's laid-back vocal style isn't a good fit for the track's maximalist sound, and he ends up sounding a little lost on the verses. But, for the most part, it works. So too, somehow, does 'Badman Flu', an absurd piece of in-jokey dancehall periodically interrupted by an amateurish parody of a public service announcement. It should be terrible, but instead there's something charming about its gruffly charismatic vocal and engagingly silly lyrics. Perhaps that charm is a consequence of Toddla's tongue being firmly in his cheek: he is clearly aware of the track's ridiculousness, and plays on that.

'Streets So Warm' is also absurd, for a different reason: it's a political track marooned in the middle of the least political album imaginable. The lyrics are perfunctory attacks on authority ('Oh Mr. Government, oh Mr. Politician/Tell me how the streets are warm'), but it's an competently executed song.

The rest of Watch Me Dance is forgettable (unless you count the lady on 'Body Good' announcing that she's 'wet like a tsunami', which is memorable for the wrong reasons). Its lack of ambition would be easily forgiveable if there were flashes of brilliance, or even hints of something other than a lustre-less competence, but there aren't; even the aforementioned relative successes will be forgotten inside of a month. Toddla's upfront, unfussy musical approach is designed to grab the listener's attention, but once he grabs that attention he does nothing to hold it. The second half of the record drifts by, a succession of generic, occasionally reggae-inflected, dance pop songs, superficially exhibiting stylistic differences but united by their essential mundanity. Forgettable. 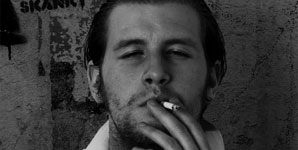