The setting is Minnesota in 1977. Ben is a young boy who is deaf in one ear, being raised by his aunt and uncle following the death of his mother. Determined to find his long lost father, he attempts to contact him using clues from his mother's old possessions. His journey takes him to New York City where he hides at the American Museum of Natural History with the help of one of the employees' son Jamie. He soon retreats to a nearby bookshop where he meets a deaf lady called Rose who believes they are connected. Simultaneously, we are told of her story beginning fifty years prior in 1927. She's living in New Jersey and escapes to New York to seek out her idol Lillian Mayhew who turns out to be her mother. Unfortunately for her, she wants nothing to do with her, but her later life reveals her relation to Ben. 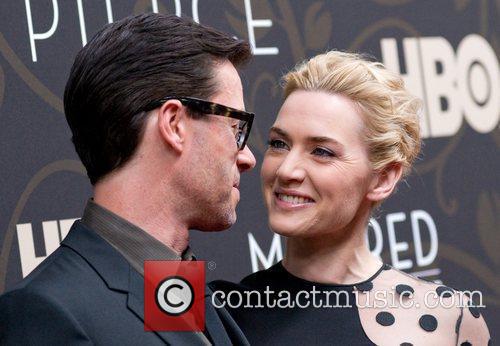 I'm Not There Review

By Chris Cabin
Essential
We first meet the real Bob Dylan, lit by a spotlight and blowing into a harmonica with his eyes turned ever-downward, at the very end of Todd Haynes' I'm Not There. (The footage comes from a concert filmed in the 1960's.) Though there are six evocations of our hero's persona and dozens of references to his words and images, his actual visage is kept under lock and key until the solemn credits. To Haynes, the mystery of who the man is behind closed doors should stay that way: Behind closed doors tends to be pretty tedious if not downright boring. It's more fun to extrapolate: In the open valleys of cultural myth, a celebrity can become any number of things.

At first, he's a young, train-hopping wanderer who has taken the name Woody (Marcus Carl Franklin), from his hero Woody Guthrie. He also plays a guitar with "This Machine Kills Fascism" painted on it. Later, the man appears as an aged Billy the Kid (Richard Gere) who can't understand why the locals are being bullied out of their land by a decrepit Pat Garrett (Bruce Greenwood). Fitfully, the sequences are shot in the dusty browns of Peckinpah and the hippie westerns of the late 1960s and 1970s. Both stories, along with the others, are consistently interrupted by a press conference with poet Arthur Rimbaud (Ben Whishaw), who speaks in a particularly American sarcasm while scrutinizing everyone who questions him, half-mumbling with cigarette in hand.

Continue reading: I'm Not There Review

By Christopher Null
Excellent
Todd Haynes must have a thing for torturing poor Julianne Moore, and what'd she ever do to him?

First she was reduced to an allergic-to-everything blob of flesh in Safe. Now she's emotionally torn asunder as her husband goes gay and the only man she can turn to happens to be black.