Toby Keith's I Love this Bar & Grill restaurant in Virginia is causing a stir among its citizen's due to a sign on the front door that reads, "NO GUNS PERMITTED."

Country singer Toby Keith has banned customers from bringing guns into his restaurant in Woodbridge, Virginia.

The new establishment is part of his I Love this Bar & Grill restaurant chain and on the door a sign reads "NO GUNS PERMITTED," according to Fox News.

Virginia is a gun friendly state and citizens are allowed to take their firearm into a bar or restaurant as long as it is visible, but owners do have the right to ban guns if they want to.

Not long after the ban was announced a backlash of criticism hit the restaurant's Facebook page with one angry citizen posting, "Since you folks dislike the right to bear arms, I will DEFINITELY not be going to your restaurant."

Another wrote, "You just invited criminals to come and rob your place safely!"

The restaurant has responded to these comments by posting, "While we understand and respect every person's right to own and bear arms, we at Toby Keith's I Love This Bar and Grill, with guidance from the State of Virginia and based on insurance regulations, have adopted a no weapons policy."

Adding, "It is our desire to provide a safe, enjoyable and entertaining experience for our patrons and staff."

This past September (2013), Keith spoke about his view on owning guns in an interview, he said;

"I'm all about good people, licensed and trained, carrying a concealed weapon. The bad guys are always gonna be carrying guns. There are so many guns in the US and so many bad people that do harm with 'em. If just one percent of the non-felons would go get their concealed weapons license and carry a gun where they can, one percent puts you in a pretty good position of being somebody that could save a bunch of people's lives." 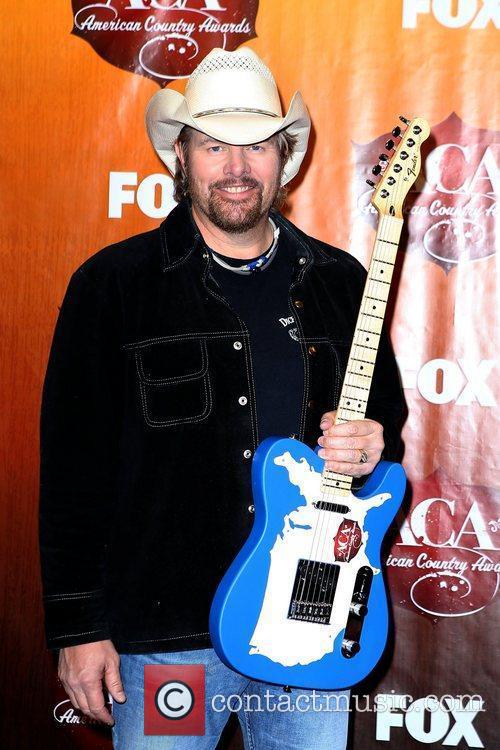 Toby's no gun policy has made some citizens very angry

Toby Keith Is A Grandfather Again

Toby Keith Chooses a Root Canal Over the CMA Awards

Toby Keith - Love Me If You Can Video

Toby Keith - I Wanna Talk About Me Video