Garth Brooks Is Back On Top As The Highest-paid Country Singer In The Music Industry, According To A New Forbes Report. 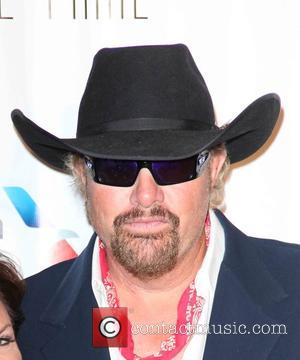 The veteran's comeback tour has helped Brooks come in at number one on the annual list, raking in an estimated $90 million (£56.2 million) over the past year. The feat also marks the largest sum for a country music act ever recorded by the money magazine.

After taking a 13-year break from touring, Brooks returned to the stage in 2014, playing sold out arenas all over the U.S. and selling more than 2.5 million tickets for his much-anticipated gigs.

Brooks' impressive salary breaks Toby Keith's two-year streak on the list, as the Red Solo Cup hitmaker slips to second place, after earning $53 million (£33.1 million) over the past year.

Toby Keith Is A Grandfather Again

Toby Keith Chooses a Root Canal Over the CMA Awards

Toby Keith - Love Me If You Can Video

Toby Keith - I Wanna Talk About Me Video