A familiar face joins the cast for series 4.

A new villain has been announced for 'Sherlock' season 4, which opens on New Year's Day. Toby Jones has been cast to appear in the new series alongside Benedict Cumberbatch and Martin Freeman, though it's still not known which of Sir. Arthur Conan Doyle's many evil characters he will portray. 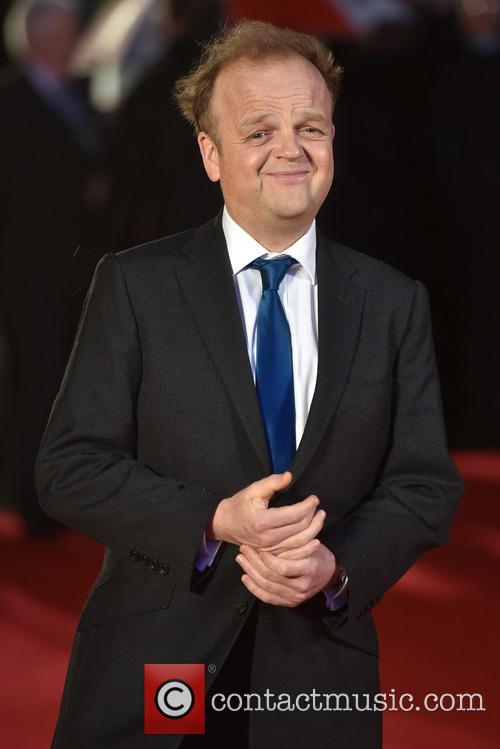 Toby Jones, to a lot of people, is one of those actors whose name might not necessarily ring a bell, but you've definitely seen him before. Probably many times. Even so, there's probably a lot you still don't know about him.

The 49-year-old actor's breakthrough role was as Truman Capote in 2006 biopic 'Infamous'. Before then though, he was doing the rounds on London's West End, starring in the Kenneth Branagh directed 'The Play What I Wrote' in 2001 and going on to win the Olivier Award for Best Actor.

More: Toby Jones is the new villain in 'Sherlock'

Jones was nominated for a Golden Globe, a Primetime Emmy and a BAFTA for his role as Alfred Hitchcock in the 2012 TV movie 'The Girl' which co-starred Sienna Miller as Tippi Hedren. The film depicted the complex relationship between the acclaimed director and the new actress during the filming of 'The Birds'.

As well as leading roles in small features, he also has supporting roles in a variety of blockbusters. He voiced Dobby the House-Elf in the 'Harry Potter' films, played Dr. Arnim Zola in the first two 'Captain America' movies and he actually had a leading role as Captain Mainwaring in the recent revival of 'Dad's Army'. Other films he has appeared in include 'The Hunger Games', 'Snow White and the Huntsman', 'Tinker Tailor Soldier Spy', 'St. Trinian's' and Stephen King adaptation 'The Mist'.

His father is Freddie Jones, also an actor best known for playing Sandy Thomas in 'Emmerdale' as well as Bytes in David Lynch's Oscar nominated 1980 movie 'The Elephant Man' and Thufir Hawat in the same director's later film 'Dune'.

Jones has got numerous other films in the works both before and after 'Sherlock' airs; there's sci-fi thriller 'Morgan', World War II biopic 'Anthropoid' with Cillian Murphy and Jamie Dornan, Cold War thriller 'The Coldest City' starring Charlize Theron, Rupert Jones' psychological thriller 'Kaleidoscope', and he even makes a cameo in 'Alice Through the Looking Glass'.