To Kill a King - Interview 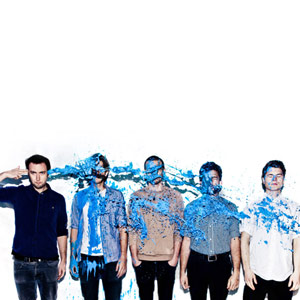 Interview With To Kill a King October 2013

Four piece folk rock band To Kill A King have become the 'king' of festival appearances, performing at Reading and Leeds, Bestival, Beat Herder, Dot to Dot and Lee Fest earning them a notable reputation which resulted in a sell-out show at London's Koko.

Front man Ralph Pelleymounter talks to us about signing with Xtra Mile Recordings, writing the new album and a fan's successful attempt at using The Train Line to publicise To Kill a King.

CM: Hi Ralpho, how are you?
Ralph: Good, yeah, alright thanks.

CM: Going back to the start of your career, you released Fictional State on Communion Records. What was it like being associated with the Mumford and Sons affiliated label?
Ralph: It's been quite a journey! It was great.  They [Communion] are great, and continue to be a really good platform for people to push off from. Obviously, they're very well respected in the folk community and that sort of thing. We were playing their nights quite regularly and we sort of got talking to them and eventually did the one-off release for them which was great!

CM: You're re-releasing a deluxe edition of your debut album Cannibals with Cutlery on Xtra Mile; can you talk a bit about that?
Ralph: Earlier this year we released our debut album called Cannibals with Cutlery and that was really good. It was very successful in what we were hoping to achieve by ourselves but we've been talking to Xtra Mile for the past three or four months who are now re-releasing our own album again with some extra tracks as well. It's also being officially released off a label which means it's going to be released all over Europe and America pretty soon which is just something we couldn't achieve by ourselves.

CM: Can you tell us about the bonus tracks?
Ralph: Yeah! We've got four new tracks that I'm so pleased to have been able to put on. We're also writing the second album but I want to keep it all within the same period, if you know what I mean. I think the next album is going to change slightly in sound.

We've got an acoustic version of 'Howling' which was on the live EP and a new version of 'We Used to Protest' which was on one of the early EPs as well and that's almost unrecognisable. We got to record a full version of Cannibals with Cutlery because on the original album it's just a half track; we've put some really nice string lines on there which I'm really pleased with. Finally, there's this song called 'Standing In Front of the Mirror' which is in a barber shop style that conjures up a 1920s black and white movie. I'm really pleased that we got to put that on because I wrote it just after the album so I'm pleased it's being released on some form.

CM: Can you see Xtra Mile being a home for the foreseeable future?
Ralph: We hope so. We're just starting out our relationship with them and so far we're getting on very well. I think you see the sort of work they do with people like Frank Turner and I think they seem to have more of an old school ethic to recording where they're not necessarily looking for something on the first album or the second album but are willing to spend time building up relationships with artists.

I think without a doubt it's a two way streak where they expect us to work hard, which we are doing and they feel like genuine people which is a nice thing! I'm sure everybody knows the clich's of the music industry and that sort of thing, but some of them do ring true.

CM: You mentioned Frank Turner, are there any artists who have particularly inspired you?
Ralph: Frank Turner, lyrically, is absolutely fantastic. There's something completely poetic yet immediate, you can understand it straight away. I love lots of people with very distinctive vocals like Tom Waits and Johnny Cash. I love the idea that they're the only person that can sing that sort of song. It's almost like it's not part of the notes anymore but much more about the tone and the voice which is almost out of tune sometimes. Lyrically, John Grant is someone that is relatively new, he's on his second album now but he's a fantastic lyricist.

CM: You mentioned that you're writing a new album with a different sound - has this any relation to Ian and Jon leaving the band?
Ralph: It's not directly related to that. I've been writing these tracks for almost twelve months so a lot of the ideas are already there. I think it's more to do with live shows. Our live shows have been getting a lot heavier and more energetic and a lot of the bands I used to enjoy when I was younger were electric guitar based and our live shows have been going that way. I think one of the things people enjoy when they see us live is that it's not completely unrecognisable to the first album but it is a lot heavier and a big force of sound, I want to try and capture some of that on the second album.

CM: Obviously it is a difficult subject but was the decision for Ian and Jon to leave the band a mutual decision?
Ralph: Yeah, everybody's still friends. Me and Ian have been making music together for nearly a decade in various different bands so I'm sure we will always remain good friends. Obviously, I write all the songs but I think Ian wanted to do something under his own steam.

We're very lucky because the two new guys are absolutely fantastic! We had the privilege which bands don't usually get in that we got to audition people until we found somebody absolutely perfect for this role.

CM: You've played countless festivals including Reading and Leeds, Bestival and Beat Herder, what is that you enjoy about festival shows?
Ralph: It's a weird one. I think you tour all year and then by the end of the tour you're really looking forward to the festivals and by the end of the festival season, you're really looking forward to a headline touring again. I think they're very different experiences. You don't get sound check at a festival which is quite nice because it means you have more free time in the day to do stuff but it does mean you can never get the perfect sound. When you see a band at a festival, you're never seeing them in the best possible light as to when they're in a venue with really good sound and I think it does make a difference.

You get to play to bigger crowds at festivals but again, the crowd aren't all to see you, some of them are just passing through. At the start of the festival season you're like, "Yeah, let's all go for a drink" and stuff but towards the end you're like, "These people are drunk. We're playing at four and they're absolutely smashed"!

I enjoy them both.

CM: You originally formed in Leeds before moving to London, do you feel it is important for artists to be in cities which the industry orientates around?

Ralph: Um, I don't think it is. Basically, I grew up in Leeds and went to university in Leeds and when I left university I wanted to go somewhere new and experience a different city; London made sense. It wasn't a musical decision but a life decision to try somewhere new. I think if you're in London you do have some more opportunities but I think there is something appealing to the industry as a band that has come out of nowhere.

CM: Your website is constantly updated with the latest events and photographs from your tour, are there any funny or interesting stories that perhaps aren't or haven't been seen on the website?
Ralph: One of the ones I really like is about someone I can't mention because he could get in trouble! When we were doing the Word of Mouth EP we said you could download it for free, however we would send you a physical copy if you shared it in an interesting way. This guy worked for The Train Line and managed to... You know where it says 'The next stop'...? He managed to crack into that so it said 'Word of Mouth EP'. We got tweets from people saying it was running on this line all day! It was brilliant! We had to keep his name out of it but we were like, "Yeah, that's pretty cool! Well done."

CM: What's one piece of advice you've received which has helped you as a developing artist?
Ralph: One of my lecturers told me to keep on writing because you never know when you're going to write that one song and it's a rule I've always followed. I'm continually writing all the time and I feel if I don't write for a month or so everything starts to slow down and it's hard to get back to where you were. Just constantly writing, I think that's all anybody can do.

CM: What's next for To Kill A King?
Ralph: I'm really excited about this next album. It's all consuming at the moment and I'm really focused on it.

It's just really exciting to be playing bigger and bigger venues. I can't believe we've got a headline show at Koko coming up, it's really exciting - we're going to pull all the stops out for it. We're supporting Bastille at Brixton Academy! I saw Jack White play on that stage - it's crazy! Stepping out on it is going to be nerve-racking but really exciting! All that stuff's good.

CM: We wish you the best of luck with everything. Thank you for speaking with us!

To Kill a King - Interview