To Be Frank - Interview 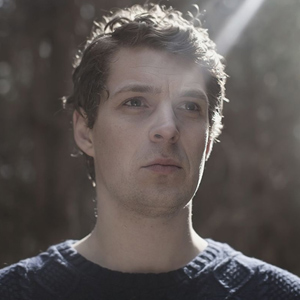 Interview with To Be Frank June 2013

Frank Pescod is a diverse, multi talented industry expert who has worked in music all his life. Frank's most recent project, To Be Frank is a brave, genre exploring, unique take on music, using minimalistic acoustics and pianos with contrasting modern, technical electric beats.

To Be Frank achieved notable recognition after releasing his debut song 'If You Love Her' on YouTube gaining over 146,000 views and has since been continually played on BBC Radio One and 6 Music.

Frank operates his own record label and production studio, Solebay Music, working with other artists on film and in branding including River Island and Harley Davidson.

CM: Your EP is due for release on the 1st July. What does it contain and how does it differ from debut you single 'If You Love Her'?
Frank: It's a mixture of different styles of music that I do. It's got an acoustic guitar track called 'Someone Else's'. It's got a track called 'I Lied' that features Hazel Tratt, a great singer from London. It's got 'Nothing' which has been the lead track; a kind of a glitchy, electronic track which we've done a video for. 'Tears' is the other one. It's a kind of mixture. 'If You Love Her' is really sparse and very pure and these are kind of the other sides of what I do.
There's a lot more to come.

CM: You've had guidance and support from notable industry figures like Eg White and Sam Williams. What was it like being around them?
Frank: Eg has a studio right near mine in Suffolk. He's been very kind and really
supportive, giving me lots of advice. Obviously, he's a prolific song writer in the world of pop so he's just been really useful from a business perspective. I've been able to ring him up and he's always given me feedback which is really nice.

Sam Williams is someone I've worked with for a long time since I was really young. I met Sam when I was about 16 in Oxford where I spent many years and I was quite involved in the Oxford music scene. I spent a lot of time in the studio with Sam where he taught me a lot of production techniques and gave me the confidence at an early age that I could be a producer - which is what I've always wanted to be.

CM: Your name, To Be Frank, relates to the honesty of your music. Would you agree?
Frank: Yes. It just felt right; it just came to me one day and stuck.

CM: As well as being a singer/songwriter you also mentioned producing. What are some of the things you've produced?
Frank: I run a sync company and a record label, Soulbay Music. So I've produced and written a lot of music for film, brands and adverts. I've done a lot of things with various brands: Louis Vuitton, Harley Davidson, River Island - to name but a few.

CM: So how does producing differ to writing for yourself?
Frank: It's completely different. Writing for the commercial world, in that sense, is completely separate. It was a natural progression for me to focus on my own music and write my own songs. I spent the last few years focusing on To Be Frank. I tucked myself away in the studio and just wrote songs for me.

CM: Do you find writing therapeutic?
Frank: Absolutely. I struggle if I don't write. It's a complete outlet for me.

CM: Your debut single, 'If You Love Her', has over 146,000 views on YouTube. Were you expecting that kind of success?
Frank: No. Not really. It's quite overwhelming I suppose. It's nice to know that lots of people have heard it and it's really nice when people respond and write nice things. I often get that I seem to be making a lot of people cry. It seems to be a big common response. Radio One tweeted the other week, 'WARNING: This is so pretty that it might make you cry', and Lauren Lavern tweeted yesterday. They say it's good to have a cry.

CM: You mentioned Twitter. Do you think there's a knack to Social Media in order to gain recognition?
Frank: I think Social Media is a great tool; I don't think it's the only way but I certainly think it's a tool you have to use. I try to reflect that in how I work. I use modern instruments but at the same time I like to keep it real. I think a lot of it is the voice that runs through it, but I really enjoy using a real piano and real instruments. The combination of that and the electronics ties in really.

I do social networking but I think you have to keep everything in retrospect. They're all great things. It's a balance. I definitely think they play a key part; certainly for radio and that's all they're looking at - social hits.

CM: Would I be correct in thinking that, as of yet, you haven't played many live gigs?
Frank: Yes. Right now, I'm in the rehearsal room. I'm doing a few summer shows - I'm playing Latitude and I've got Hugh Stevens who will be presenting me on the stage, and that's on the Lake Stage. A few other festival dates - possibly Wilderness Festival. Everyday something new is happening. It's nice to get myself out there - I have a lot of songs so it's nice to have them heard.

CM: Your most recent song, 'Nothing', has a much more electronic vibe whilst maintaining the minimalistic, emotional side to your music. Do you aim to continue exploring different sounds?
Frank: Absolutely. I think I've grown up listening to different genres of music in my life and been surrounded by amazing musicians and family members who are also musicians. For me, it's not about being one thing; I just do what feels right. I love to mix things up and create different feelings because to me that's exciting. At the end of the day, it's a sound.

CM: What did you grow up listening to?
Frank: I grew up listening to all sorts. My dad used to play records like Prince, The Beatles, The Faces and in my teenage years I got into electronic music so I got really interested in Aphex Twin, he was a big influence at a really early age when I started exploring production. When I discovered Motown and soul and saw these incredible singers and performers - that's what made me want to sing. I kind of took a bit of everything really and made my own sound.

My dad was never afraid to play me stuff like Myles Davis - Kind of Blue; I was listening to that when I was nine and loving it, and bouncing around the room to Michael Jackson, I had that on vinyl, whilst my Mum was listening to Bonnie Raitte and Sheryl Crow. For me it's all about songs, I think that's what I've really taken from all of them; great songs.

CM: You've been in the industry for quite some time despite only recently receiving notable recognition. How did you start in the industry?
Frank: I started out in Oxford. I was in a band with my two brothers and I met Sam Williams, and he started producing the band. We did some stuff with Sam and I kind of just got involved in the music scene there and my brothers were gigging in different bands. They were doing some Jazz and their own solo projects as well. It was all different.

I took on a music venue called the Jericho Tavern which is where Radiohead and Supergrass were from. When I took on the venue I got to meet everyone. I learnt all about that and promotion.

Then I took on a band called Stornoway and went into management. We had a lot of success and then I decided to leave Oxford and move back to Suffolk.

And that's my journey so far in a very short nutshell.

CM: So family and friends have been a big part in your career?
Frank: Yeah, absolutely. I've been so lucky to have great people around. It's kind of been around the circuit. Mark Garderner from Ride and all these amazing figures, we're all mates and hang out. They've all done it and I've been really lucky to have that and see all the sides of the music business. It's been great for me to become my own and be in Suffolk and just write and focus on creating music.
I'm excited to get out there and see what the response is.

CM: What is the last record you listened to from start to finish?
Frank: I'm a bit funny really. I go through phases of listening to music. Sometimes I won't be listening to anything, I'll just be writing.

This morning I stuck on Steely Dan and listened to that album. It's a combination between the old and the new - that sums me up. I'm always interested in new records but I'll listen to Paul Simon - Graceland and be like wow. I stuck Marvin Gaye on in the car and just listened to the whole record. You listen to these old classic records and are just like "Wow".
I just like brave lyrics. I can relate to that. It's nice when you come across those new records where people are trying new things.

CM: What do you see for the future of To Be Frank?
I just want to keep making music and keep developing as a Producer/Songwriter and an artist and see where the road takes me. I'd like to develop working with different musicians within To Be Frank and explore different instrumentations in a live environment. I'd also like to produce other artists on my label, Soulbay. I've got a heap of talent - there are a lot of great musicians I'm surrounded by who I'd love to put on my record. If I could ever do that, that would be a great thing.

To Be Frank - Interview To Be Frank - Nothing Video