The surviving members of TLC - Rozonda 'Chilli' Thomas and Tionne 'T-Boz' Watkins - are working on a new album. 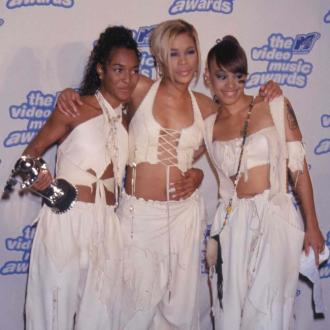 The surviving members of TLC are working on a new album.

'No Scrubs' singers Rozonda 'Chilli' Thomas and Tionne 'T-Boz' Watkins are planning a new record, a TV biopic, and may even resurrect Lisa 'Left Eye' Lopes - who died a 2002 car crash - as a hologram on a proposed tour.

Chilli said: ''We're going to still sound like TLC, evolving to whatever level we need to be at this time.''

When asked how their music would fit in with today's pop landscape, T-Boz told the BBC: ''We've always grown throughout the years and have always had our own sound. That's what works for us and we don't have to worry about anybody else.

''When that stops working, maybe we'll hang up the towel, but that still works.

''We have to get into the studio and start feeling how we feel. You have to find yourself first and then you find the path and then you have an album before you know it.''

TLC were one of the biggest girl groups of the 90s, selling over 65 million albums and having huge hits with tracks such as 'Creep' and 'Waterfalls'. Their career was cut short by Lisa's tragic death in a road accident in Honduras but Chilli and T-Boz completed their final album, '3D', without her.

The group have also been brought back into the spotlight recently, after appearing in the video accompanying British girl group Stooshe's cover of 'Waterfalls'.