Former TLC Member T-boz Is Adopting A Child, According To Court Documents. 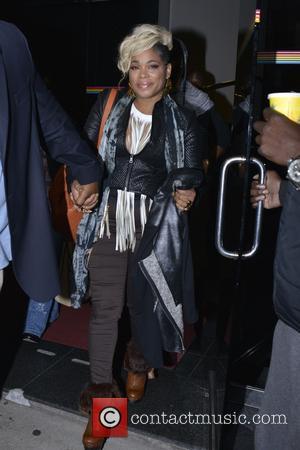 The rapper/singer was questioned by an attorney during a $40 million (£25 million) lawsuit over a TLC movie when she revealed the news.

T-Boz, real name Tionne Watkins, was asked in court if she had any communication with group member Rozonda 'Chilli' Thomas, and she said their only contact was when she shared her baby news, TMZ.com reports.

The baby is Tionne's second child - she has a teenage daughter with rapper MACk 10.

The lawsuit, brought by the hip-hop group's ex-manager Perri 'Pebbles' Reid, alleges the 2013 TV movie CrazySexyCool: The TLC Story assassinated her character by portraying her as a liar and a cheat.

Perri alleges the movie destroyed her reputation and falsely depicted her pressuring Rozonda to have an abortion and forcing Tionne out of the group.