The biopic isn't perfect, but it does have a few things going for it.

The VH1 biopic about 90s girl group TLC aired today and so far, the reviews aren’t the best. It’s great to take a trip down memory lane and of course, everyone 90s kids still have love for T-Boz, Left Eye and Chilli, but if you need your fix, the reviews say you should just stick to music videos. Chilli and T-Boz soldier on in the music industry.

"CrazySexyCool: The TLC Story" stars Keke Palmer, Lil' Mama and Drew Sidora as Rozonda "Chilli" Thomas, Left Eye and T-Boz, respectively. According to Slate’s Willa Paskin, the three aren’t necessarily bad as TLC, but the biopic overall is erratic – “themes are picked up and tossed aside and haphazardly picked up again.”

Check out the biopic trailer, courtesy of the VH1 youtube channel, below.

Then again, the biopic did feature plenty of uncanny recreations of music videos and archive footage – enough to spark up some nostalgia for the good ol’ TLC days. Erratic might be the best way to portray the trio’s 20 years of constant ups and downs – the against-all-odds bancrupcy after selling 10 million records, Left Eye’s brushes with the law and eventually, her tragic death in a car accident. Most importantly, however, the film apparently doesn’t gloss over their music in favor of more tabloid-friendly aspects of the TLC story. It’s music above all that TLC set out to make – and the biopic puts their music front and center.

Honestly, the easy way out is to take off your clothes and sell sex,” T-Boz says, via NPR ”But we have proven and become the biggest American group with our clothes on. So, that says a lot." 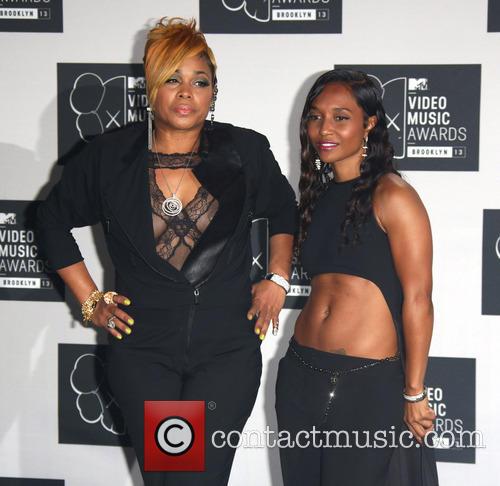 The film is erratic, but still a good choice for an evening of 90s nostalgia.