It's Farewell To Another Hollywood Great! 'The Birds' Star Rod Taylor Dies At 84

By Holly Williams in Lifestyle / Showbiz on 09 January 2015

Rod Taylor passed away on Wednesday ahead of his 85th birthday.

Veteran actor Rod Taylor has passed away aged 84, with reports suggesting he collapsed following a heart attack at his Los Angeles home on Wednesday (January 7th 2015). The news comes ahead of his 85th birthday on Sunday. 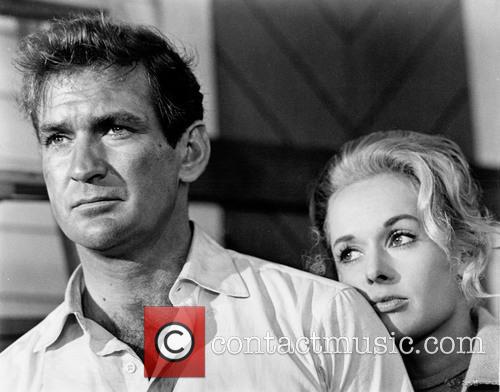 Rod Taylor and Tippi Hedren in 'The Birds'

The star was surrounded by family and friends at the time of his death according to People, with other reports suggesting he had just left a dinner party. There is no notion that he had been previously suffering from ill health in the months before his death.

Continue reading: It's Farewell To Another Hollywood Great! 'The Birds' Star Rod Taylor Dies At 84

“To be the object of someone’s obsession is horrible,” said Tippi Hedren, the actress who was very much the object of Alfred Hitchcock’s affections, for a large part of his career. Hedren’s tale of abuse and sexual harassment, whilst she was filming Hitchcock’s movies, such as The Birds and Marnie, is detailed in Donald Spoto’s biography of Hitchcock’s life and has now been committed to screen in The Girl, a BBC and HBO drama starring Sienna Miller as Tippi and Toby Jones in the role of the controlling movie director.

In an interview with The Telegraph, Hedren reveals that she told Miller to make sure that she was portrayed as a strong woman. “I wanted to make sure she understood where I was coming from,” she explained. “He was so insistent and obsessive, but I was an extremely strong young woman. There was no way he was going to get the better of me.”

Hedren also describes how she was conned into filming scenes in The Birds in which she was attacked by actual ravens, as opposed to the mechanical birds that were used elsewhere in the movie. After being pecked to within an inch of her life, the doctor ordered her to rest, much to Hitchcock’s chagrin. “She can’t rest for a week, we have nobody else to film,” came the unflinching director’s response. At the point that their relationship imploded, Hedren refused to speak to him, other than through intermediaries. He refused to call her by her name, referring to her only as The Girl.

Continue reading: Driven To The Brink: Tippi Hedren And Alfred Hitchock, Documented In The Girl

HBO’s The Girl tells the tale of Alfred Hitchcock’s relationship with the screen star Tippi Hedren - played by Sienna Miller. The story itself seems to be the real winner here; the TV movie explores the theory that Hitchcock (played by Toby Jones) “behaved like a psychotic lout” towards Tippi Hedren during the two films that they made together (The Birds and Marnie).

When Hedren spurns Hitchcock’s sexual advances, he uses his directorial power to torture her. When filming The Birds, he insists that she films take after take of the scenes in which she is attacked by birds. He does his best to break her spirit but ultimately, she remains strong and ultimately retains the upper hand.

New York Daily News have praised the feature, saying that Miller and Jones’ performances “keep the story alive and moving,” though Jones’ Hitchcock has but one dimension: “an arrogant egomaniac who was unpleasant to everyone around him.” Imelda Staunton is landed with the role of his unenviable wife, portrayed here as an “enabler” of his torrid behavior. The power of this disturbing story, according to chron.com is so fierce that you will be left feeling like you need to take a shower afterwards. According to their report though, Toby Jones’ performance is caricatured and lacking in authenticity.

By Christopher Null
Terrible
Pedestrian thriller. Nonsensical and obvious why it went straight to cable, despite a decent cast of stars. What's with Weber's big moustache, anyway?

By Christopher Null
Extraordinary
Hitchcock aimed to do for avians in The Birds what he did for showers in Psycho, and by and large he succeeded. The Birds is roughly hewn by comparison to Hitch's more deftly plotted films -- it's much closer to a monster movie than a psychological thriller, moreso than any of his other films. Tippi Hedren makes her screen debut here, and it's a bit of a cold and tricky one, though not a terrible performance. She flubs her lines consistently, though -- including one in her very first scene. The Birds is most notable though for turning something completely harmless into an incredible menace -- all with absolutely no explanation. That's where the terror really comes from in The Birds.

The one philosophy behind the existential screwball comedy "I ? Huckabees" (pronounce the ? as "heart") is that there is no one philosophy. A satire of spiritual gurus, self-help and other psychological gimmickry, it makes its point by being so esoteric and cerebrally akimbo that it will likely divide audiences between those who find its deliberately abstruse discombobulation amusing and to the point, and those who find it just abstruse and discombobulated.

Written and directed by David O. Russell, the observant and darkly comical wit behind the Gulf War derision "Three Kings," the ensemble storyline whirlpools around Albert Markovski (Jason Schwartzman), an unhinged and obsessive young environmentalist who has seen the open-space preservation group he chartered slip through his fingers and into the hands of a snake-oil-charming corporate stooge named Brad Stand (Jude Law). Brad is, in fact, an executive at Huckabees -- a slick, corporate retailer with a habit of moving into small towns and building megastores where there had once been open space.

With his failure causing him to question his whole life, Albert seeks metaphysical peace of mind from Bernard and Vivian Jaffe (Dustin Hoffman and Lily Tomlin), a pair of unconventional, off-kilter and out-of-sync private eyes who specialize in solving the mysteries of their clients' inner turmoil. Soon they are, quite conspicuously, following Albert to work, peering through his windows, digging through his trash, and pairing him up with another lost soul as a partner in intellectual recovery -- Tommy (Mark Wahlberg), a blue-collar lug of a firefighter whose eye-opening visit inside his own head has rapidly become a slide into bemused Nihilism. 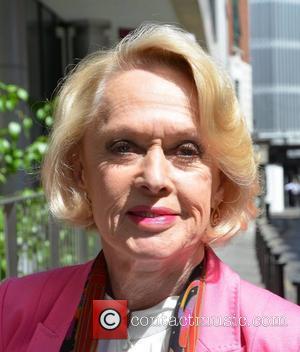 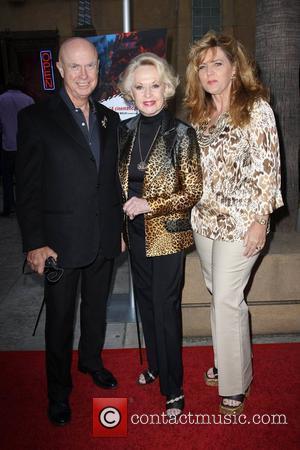