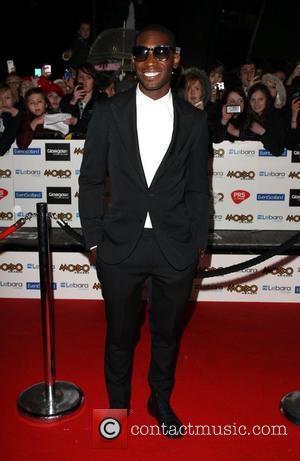 Rapper Tinie Tempah decided on his catchy stage name while flicking through a thesaurus when he was just 12 years old.
The Pass Out hitmaker was inspired to get into the music business after watching a video by British hip-hop group So Solid Crew, and he decided to create a cool moniker to use for his rap career.
The star, real name is Patrick Chukwuemeka Okogwu, stumbled across the idea for Tinie Tempah while "daydreaming" and sifting through a thesaurus in class.
He says, "I first realised I wanted to make music myself when I saw the 2001 video to So Solid Crew's 21 Seconds. I even started my own crew and tried to be like them. It wasn't long after that that I came up with my own stage name... I was flicking through a thesaurus, daydreaming and thinking what I could have as a name. I didn't get very far - I only got up to 'A'.
"I saw 'angry' and beneath it the word 'temper' stood out but I was aware that might sound a bit aggressive, a bit too much, so I randomly stuck 'tiny' at the front. By playtime I was Tinie Tempah and that's what I've been called ever since."