Tinie Tempah went for a royal high-five at the BAFTAs.

There's always that moment at the BAFTAs. That moment that just seems a little out of place. This year, that moment was entrusted to Tinie Tempah who was tasked with wandering down the aisles at London's Royal Albert Hall in a blue velvet smoking jacket, rapping and high fiving rigid looking celebrities. 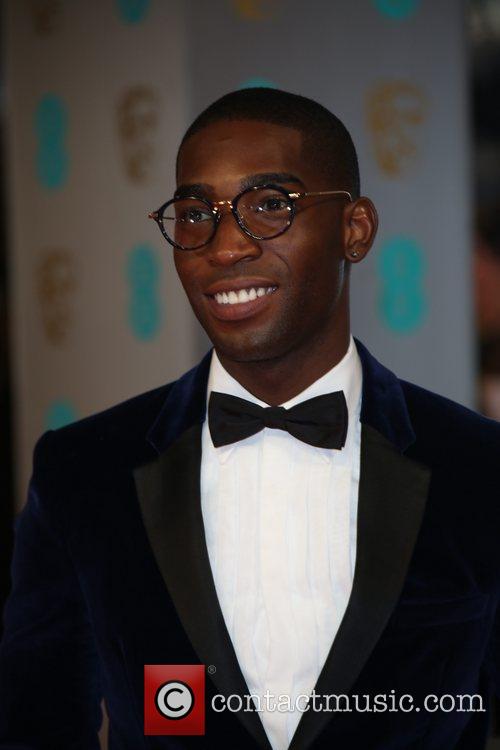 Tinie Tempah Was In Action at the BAFTAs

The rapper was performing a duet with Mercury Prize nominee Laura Mvula, who was singing from the safety of one of the theatre boxes. Tinie on the other hand was down with the A-listers, wearing sunglasses, rapping. The 25-year-old appeared to be enjoying himself though - as did Emma Thompson - and when wandering across the front-row, he high-fived a rather embarrassed looking Prince William.

"Do you know what? It was great. I just saw him there and I thought, why not? And it felt great. I've seen my Twitter, it's going crazy at the minute, but it was fun. Such a memorable performance," Tempah told the BBC's Lizo Mzimba afterwards.

"We've met a couple of times now, I felt safe. I felt like something bad wasn't going to happen. It's alright, I'm happy."

It seems as though Tinie had himself a great time at the BAFTA's after-parties too. The Daily Mail have images of the rapper deep in conversation with Brad Pitt and Angelina Jolie at The London Edition Hotel.