Tinie Tempah And Skrillex To Perform At Globalgathering

Tinie Tempah, Chase and Status, Skrillex and Friendly Fires have been confirmed for GlobalGathering 2012 in the UK in July. 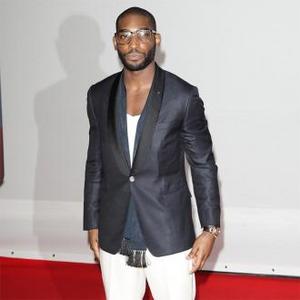 Tinie Tempah, Chase and Status, Skrillex and Friendly Fires have been confirmed for GlobalGathering 2012.

The UK dance festival has announced a huge line up for July 27 and 28, involving artists from many genres of electronic music including Maverick Sabre, Nero, Labrinth, Magnetic Man and Afrojack.

Chase and Status said: ''GlobalGathering was one of the best festivals we played last summer, and I'm sure this year will be no exception. The crowds at Global are always crazy and we can't wait to bring our live show back this July.''

The dance music event - one of the biggest in Europe - will also see DJ and producer Armin Van Buuren bring his A State of Trance show to the festival. Skrillex was one of the most well received stars of last year's festival, and will be performing with his live concept The Skrillex Cell, which includes giant 3D projections in the shape of monsters, skeletons and robots moving in time to the music.

Friendly Fires will also take to the Main Stage bringing their brand of indie disco dance.

Other stages at the event include stages put on by UKF Bass Culture, Metropolis & Digital Soundboy, Visionquest, A State of Trance, Hospitality, Godskitchen, Toolroom Knights and Rinse, among others.

In addition GlobalGathering events will also be held in Belarus on June 30, Ukraine on July 14, Russia on July 21, and South Korea on October 6, visit globalgathering.com/world for more info.