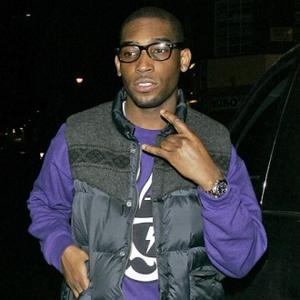 Rapper Tinie took home British Breakthrough Act and British Single for his debut track 'Pass Out' â both of which were voted for by the public - while the Canadian indie group won International Album for their record 'The Suburbs', as well as International Group.

Accepting his first award, Tinie gave a tight hug to presenter Fearne Cotton, before saying: "I got a BRIT Award guys! I want to big up my mum, my family and God - and I want to big up all the fans. Thank you. Biggest Breakthrough baby!"

The 22-year-old later took to the stage to perform a medley of his tracks 'Written In The Stars', 'Miami 2 Ibiza' and 'Pass Out', which saw him joined by producer Labrinth, whom he paid tribute to when picking up his BRIT for 'Pass Out',

He said: "A second BRIT! I just want to thank Labrinth for being the genius the created the instrumental, Labrinth this one's for you and me brother, and for UK music, peace and love."

Arcade fire also performed their track 'Ready To Start' at the event, and as they accepted their International Album award, paid tribute to all the UK bands who had influenced them, saying: "We'd like to thank all the British band which changed our lives: New Order, [David] Bowie, Culture Club, Depeche [Mode], The Smiths - Thank you Britain, it's an honour."

The biggest single prize of the night, British Album Of The Year, went to folk act Mumford And Sons for their debut album 'Sigh No More'.

The awards closed with a special duet between Cee Lo Green and 'Stone Cold Sober' singer Paloma Faith, who gave an edited, radio friendly rendition of his track 'F**k You'.

Mastercard British Album Of The Year - Mumford And Sons, 'Sigh No More'