The 'Gilligan's Island' Professor has passed away aged 89.

Russell Johnson, the actor who played Professor Roy Hinkley in the 60s sitcom Gilligan's Island, sadly passed away last night (16th Jan.) as a result of reported kidney failure. The actor died peacefully at his Washington state home, confirms his agent, Mike Eisenstadt, via the AP.

'Gilligan's Island' Star Russell Johnson has died at 89. He was The Professor http://t.co/UDd5zqaByH pic.twitter.com/l6N7uHcpRx

Johnson was the last surviving male cast member of the castaway sitcom, which aired for three seasons from 1964 to 1967. The show followed a group of seven shipwrecked castaways on a tropical island and most episodes involved conflicts between the group or failed attempts to escape. The jolly sea shanty "The Ballad of Gilligan's Isle" served as the theme song to the show and also as a capsule summary of how the castaway's ended up on the island: useful for first time viewers.

Though Johnson is best remembered for his role as The Professor, he did have a career outside of the popular TV programme. Born in Pennsylvania's Luzerne County, Johnson graduated college and joined the US Army Air Forces during World War II as a bombardier, navigator and aviation cadet. Johnson earned purple heart for a bombing mission that saw his and other planes shot down in the Philippines, killing the radioman next to him.

Relive The 'Gilligan's Island' Theme Song [Tissues At The Ready]:

After the war, he joined the army reserve and trained as an actor in Hollywood, meeting and marrying actress Kay Levey in 1949. He started out his successful acting career with work in Westerns, such as 1953's Law & Order opposite Ronald Reagan, before evolving to sci-fi movies, including 1956's Attack of the Crab Monsters. Johnson spent the late fifties and early sixties working his way into television, with roles in crime drama City Detective and military drama The Silent Service before he landed his career-defining Gilligan's Island role.

After the show ended in 1967, he continued as an actor wit movie roles in Lassie, Ironside and Gunsmoke. Since Johnson's death, Tina Louise and Dawn Wells are the only Gilligan characters still alive. Wells shared her anguish on Facebook today, describing her former co-star as one of her "favourite people."

After his first wife died in 1980, Johnson married again in 1982 to Constance Dane who survives the actor along with their daughter, Kim. As a result of his son's AIDS diagnosis and eventual death, Johnson became a committed volunteer for AIDS research fundraising. 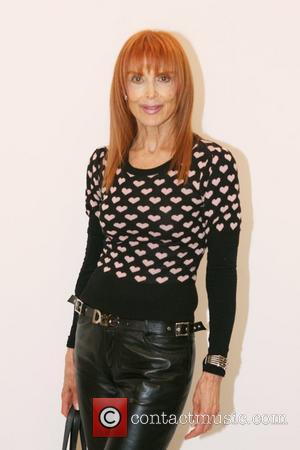