She accepted her Sherry Lansing Award this week.

Tina Fey was hilarious as usual when she went to accept her award at the 2016 Women in Entertainment breakfast this week, talking about what it's like to be both a comedian and a woman, and particularly talking about why she felt that Hillary Clinton lost the election. 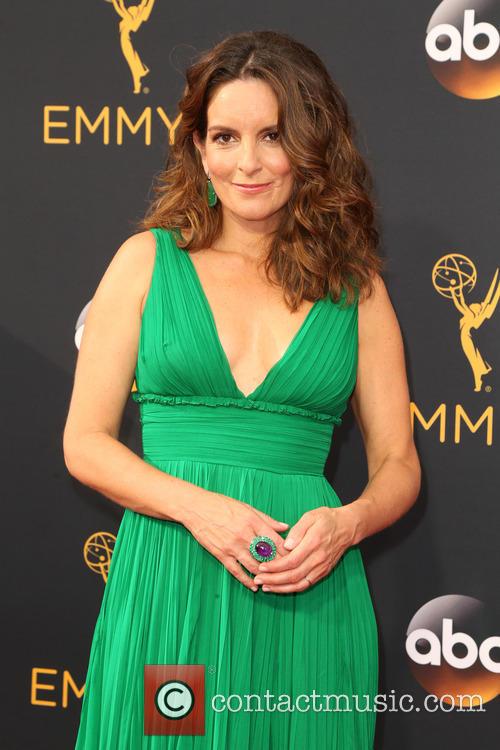 Introduced by Jon Hamm who presented her with The Hollywood Reporter's Sherry Lansing Award yesterday morning (December 7th 2016), Tina had her audience in stitches with her gag-filled acceptance speech. She praised Sherry Lansing herself, teased Hamm about not crushing on him and made numerous references to the presidential election, even joking about Donald Trump's recently surfaced 2006 sexist comments.

'I think the real reason that Hillary lost - and it's the thing that people are afraid to talk about: not enough celebrity music videos urging people to vote', she quipped. 'I just think if there had been, like, one more funny rap, or like, another Hamilton parody, or something. Just like a little more hustle from Liz Banks, and we coulda taken Michigan.'

Ok, so that's probably not her genuine opinion, though nor is it a real dig at the amount of 'go out and vote' videos. 'The structure of those celebrity 'get out and vote' videos always brings me joy, because you start first with the dedicated people who agreed to show up for a full weekend at the studio and then record the whole thing and film it, and then by the second verse you get the people who agreed to participate, from the steps of their trailer', she continued. 'Looking at you, Jane Lynch. And then it always just ends with Patti LuPone singing one line from her basement into a phone.'

Tina Fey is best known for writing on 'Saturday Night Live' and the comedy series 'Unbreakable Kimmy Schmidt' and '30 Rock'.