Tina Fey gave David Letterman the BEST goodbye during her final appearance on the Late Show. The 30 Rock star, who rocked blue dress with black lace detailing, talked in her interview about how she would never have to wear anything nearly as fancy for any other talk show. 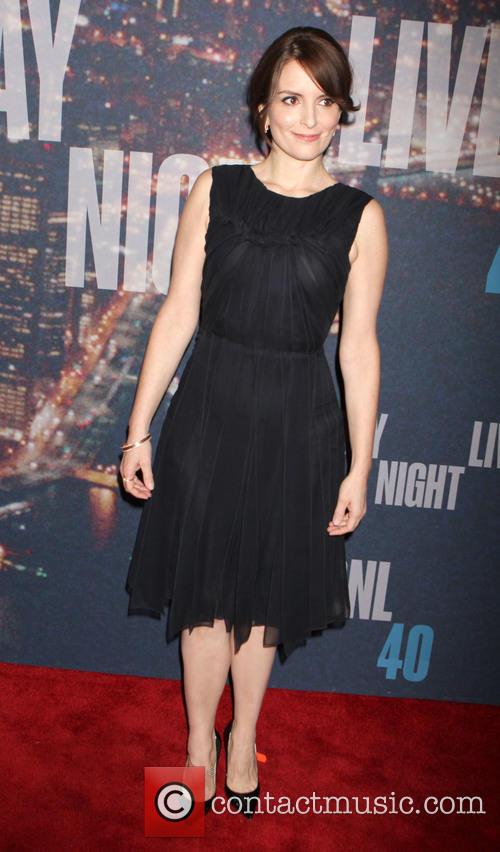 Tina Fey is not a fan of women's shapewear.

But more importantly, Fey said, she dresses like this specifically out of respect for Letterman.

“What am I gonna do, dress up for Jimmy?” she asked, referring to former SNL co-star and current Tonight Show host, Jimmy Fallon. “That’s creepy, he’s like my brother. I’m not gonna wear special underwear for James Corden. That’s not gonna happen. The next time you see me, I’ll be playing charades in a slanket.”

So in honour of Letterman’s retirement, Fey had a very special gift prepared – her dress. The one that was on her body. Well, technically, two minutes and thirty seconds into the bit, it wasn’t on her body any more, as the comedienne stepped out of the restricting fashion statement to reveal some pretty fancy underwear – black spanx, with the words “Bye Dave!” emblazoned on the front.

The final episode of “Late Show with David Letterman” will air May 20.