It's always hard to walk away from a blunder with your head held high and laughing but that's what comedienne Tina Fey has had to do after she revealed a little more cleavage than she would have liked on Sunday night's Emmys. Wearing a cerulean-blue halterneck dress, Tina's looked one of the more secure dresses in an evening of strapless, backless, thigh-split, keyhole numbers. 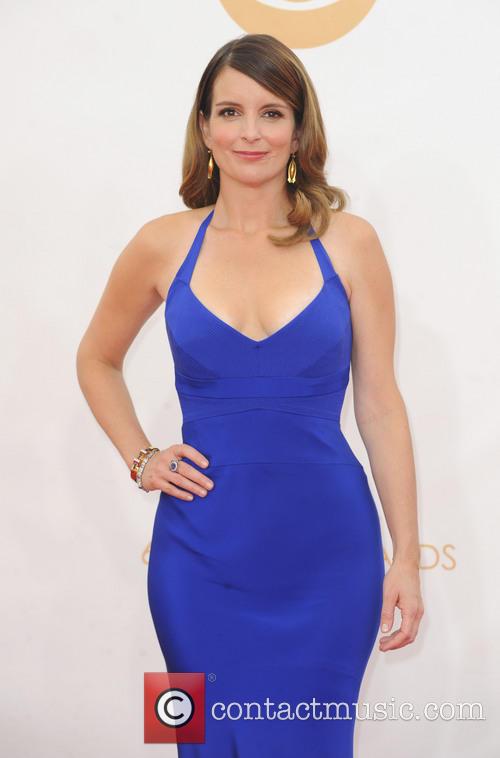 Good Old Tina, She Could Teach Us A Thing Or Two About Dealing With Embarrassment.

In an evening spent bantering with Emmy host Neil Patrick Harris whilst wearing 3-D glasses and eating popcorn, Tina's little...slip was just another humorous incident. And we're not talking about her and Amy Poehler's stumble up the stairs on their way to present the award for best "Supporting Actress in a Comedy."

When Tina and her co-writer Tracey Wigfield went up to collect their award for outstanding "Writing In A Comedy Series." Tina hunched her shoulders forward and there was a sudden and slight flash of nipple as the bodice of her dress momentarily came loose.

It was a blink-and-you'll-miss-it kind of 'nip slip' but one the internet was quick to joke about and gossip sights to cover up screenshots with overly large blurred areas or gigantic "censored" strips. Fey didn't seem to notice at the time but couldn't have failed to have notice the social networks and gossip media's reaction: the story even made headlines. 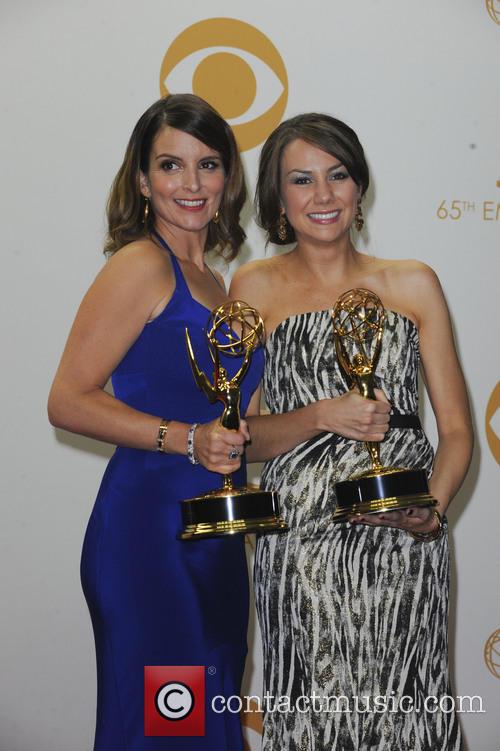 Tina & Tracey Won The Coveted Award But No One Was Talking About Their Prize...

Tina, being a talented actress and comedian, decided that rather than ashamedly hide away for a while, she'd confront the nip-slip head on and make light of it in an SNL gag in a promo for the show's return this weekend. SNL cast member Kenan tells the audience "there will be no more wardrobe malfunctions like at the Emmys. He then turned to Tina, asking: "Unless you want to do one?"

Season premiere of @nbcsnl will be here in a flash. Not that kind, #TinaFey. See the promo: http://t.co/g1wFUh8z3s. pic.twitter.com/7YamMfDCLN

"No that's alright," Tina replied as her black blazer jacket fell open to reveal she wasn't wearing anything underneath. "It's not going to happen again. I've got it under control." Pretending she'd just realised her mishap, she quickly wrapped the jacket back around herself, informing her co-star "I forgot my shirt."

Tina's was the first SNL guest host slot of the new season and her first time back on the show after her hosting slot two years ago.