The Golden Globes presenters are teaming up once more for the season finale of 'SNL' on December 19th.

‘Saturday Night Live’ alumni Tina Fey and Amy Poehler will be co-hosting an upcoming episode of the long-running NBC sketch series, which will also feature musical guest Bruce Springsteen, it was announced on Tuesday (November 17th).

Comedy actors Fey, 45, and Poehler, 44, have gained a strong reputation for presenting, putting their tag-team style to great use at the Golden Globe Awards for the last three years in a row, a run ending with this year’s ceremony – the next presenter being Ricky Gervais. 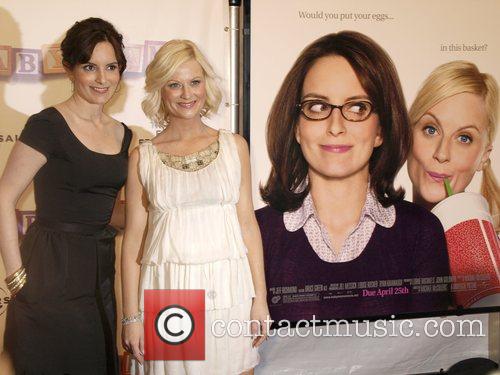 Poehler, who went on to gain exposure with the NBC comedy series ‘Parks and Recreation’ which also ended this year, was a cast member of ‘SNL’ from 2001 to 2008. Fey was a writer on the show from 1997, graduating to the Weekend Update beat in 2000, leaving in 2006 to help launch ’30 Rock’. However, many remember her for coming back occasionally to ‘SNL’ in 2008 to impersonate Sarah Palin.

It’s convenient timing for the pair, as their movie Sisters is due to be released at around the same time as their ‘SNL’ episode on December 19th, which will serve as the season finale for the year.

Fey recently spoke to Advocate about her long-standing relationship with Poehler, saying that while she enjoys the one-off set-up, she can’t envisage them collaborating constantly. “What makes it great now is that the only time we see each other is when we work on things - hosting the Golden Globes, doing Sisters - so those experiences are exciting and fun,” Fey said. “We’re both thrilled to be there, and hopefully that’s reflected in the work.”

“She and I haven’t really talked about this, but I don’t know if we could ever do a series together,” she sadly admitted to everybody wanting a permanent arrangement. “We’re both alphas who like to do our own thing and then meet up occasionally.”

At the same time, the NBC series announced that Ryan Gosling would be hosting the December 5th episode, with Chris Hemsworth following a week later on December 12th.