British Actor Timothy Spall Initially Refused A Role In His Spooky New Tv Project Due To His Fear Of Ghosts. 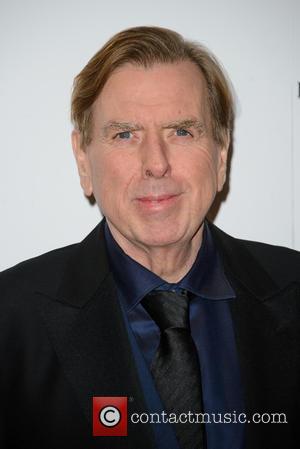 The Harry Potter star plays Maurice Grosse, a paranormal investigator, in new U.K. horror programme The Enfield Haunting, which is based on the real-life case of the Enfield Poltergeist, which was said to have stalked a London home in the 1970s.

Spall was adamant he would not star in the show because he was disturbed by the script, but TV bosses insisted he should take the role.

He tells DigitalSpy.com, "What I take from whether something's good or not is the first read, and I have to say that when I first read it, I was terrified. I was actually a bit disturbed by it. It's quite an achievement where you're just sitting reading, and I don't want to sound self-indulgent, but I read quite a lot of scripts. So when you're reading and you get the hairs go up on the back of the neck (it is impressive).

"In fact, I read it and I turned it down, I didn't want to go anywhere near that! I was very tired and exhausted when I read it, the wrong antennae were out! When I read it again, I read it not on the scary side, the actual manifestations, but the connections between the people in it."