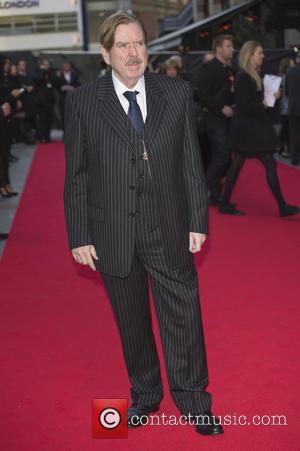 British star Timothy Spall wept when he was awarded the prestigious Best Actor prize at the Cannes International Film Festival after boozing throughout the ceremony.

The revered character actor scooped the honour at the prizegiving in France earlier this year (14) for his role as famed artist J.M.W. Turner in new movie Mr. Turner.

It came after years of awards near-misses for Spall and has set him up as one of the favourites for a Best Actor nomination at next year's (15) Academy Awards, and the Harry Potter star admits he was overcome with emotion at the event - although the free-flowing booze helped.

He tells U.K. talk show host Graham Norton, "I was so surprised. I sobbed because I was overcome and didn't expect it. I was also a little drunk!"